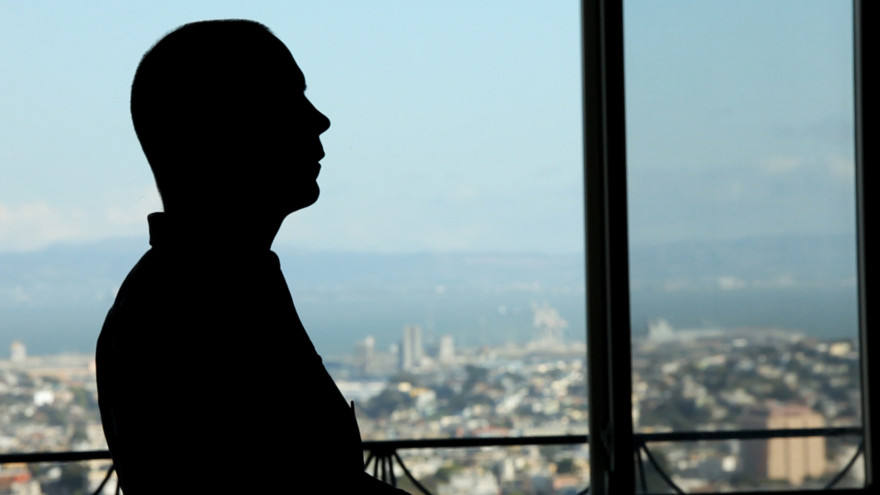 During the development of his forthcoming PlayStation 4 title The Witness, game designer Jonathan Blow hit a creative roadblock. Exhausted by the grinding pace of his work thus far, Blow turned to an unlikely place for inspiration: Thomas Pynchon’s legendary opus Gravity’s Rainbow. “I read this book again,” he said during the opening keynote at NYU Game Center’s Practice conference this morning, “When I started reading, I had this attitude, ‘This is impossible. How will I finish?'”

And from those pages emerged the nugget of the will to continue designing, although Blow admits the game is still a bit away. “In my hands, I held this work of great complexity and ambition that was beautiful. The book was saying ‘This kind of thing you want to do is possible,'” Blow said. “I have feelings for this book that I don’t have for most things, including games.”

So it’s not surprising then, that in laying out the vision for his next game (“facetiously” titled Game 3 in that it doesn’t have a name and he’s created more than 3 games in the past) that Blow might also find solace in the 17 year break between Pynchon’s Gravity’s Rainbow in 1973 and his next work Vineland in 1990. As Braid took 3 1/2 years to develop and The Witness is turning the corner on year 7, Blow joked that his next game might take 20 years.

Only he wasn’t joking.

To open, Blow opened with the dream of moon landing that was forged during the Cold War but has sputtered as our reach for the stars has waned. Citing the motto of the Founder’s Fund, he joked: “They promised us flying cars and instead, what we got was 140 characters.” Essentially, Blow argues, we’ve stopped dreaming of great, ambitious things such that building bridges even, such as the Oakland-SF Bay Bridge that Blow occasionally crosses, have become riddled with cost overlays. But the impetus for such a grand project comes from moonshot thinkers like Elon Musk who in Blow’s words “make the future happen.”

During the Game Developers Conference in 2011, Blow began working on his next game while working off The Witness and building off the successful puzzler Braid where Blow “found himself as a designer.” Here’s what Blow outlined about Game 3:

By episodic, Blow wants the games to relate to each other in terms of their design. But he also pointed to George R.R. Martin’s fantasy epic Game of Thrones where each book “was a sophisticated and complex thing” and “something where each piece stands on its own.” And Blow was fully aware of the litany of practical challenges in building such a project where everything must be thought of in advance. In that way, Blow shares much with the Longnow Foundation’s 10,000 Year Clock that’s designed to run for as long as its namesake.

“There’s something about the world being comprised of subjective moments that are unpredictable in advance but combine in a complex way,” Blow said. “When you really see that, what you can see is so immense, so unfathomable. You can’t do anything. It’s like the paralysis of being faced by the universe.”

“In building something measly like a game. you can’t do [that feeling] justice, but from my tiny human form, I want to try,” he continued. “To express something of this grandness and this vastness and help people get a glimpse of how I see it.” We’ll have to check back in two decades to see if he’s right.