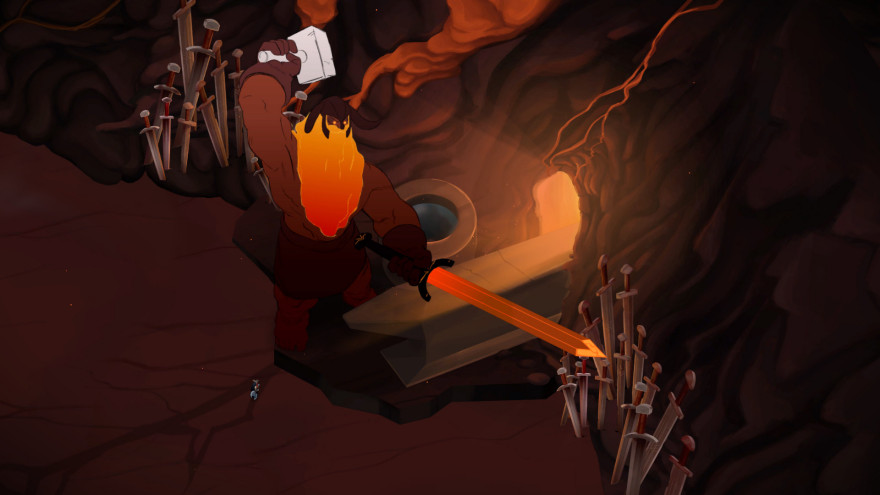 Only Vikings that die a valiant death in the eyes of the Gods can enter Valhalla. Thora is not one of them. The just released action-adventure game Jotun follows Thora in her quest to impress the Gods following an inglorious demise.

What stands out immediately about Jotun is its hand-drawn art, which is on full display in its launch trailer below.

Its range of environments, from grassy woods and ancient mines to mythical planes among the stars, capture the cartoonish, but epic majesty of Disney adventures, and its music works just as well to ground the gallant nature of Thora’s quest.

Jotun is rooted in Norse mythology, a tradition that medieval fantasy games often borrow from, but rarely base themselves on in full. The Banner Saga, for instance, is another gorgeous hand-drawn game inspired by Vikings, but with its own original mythos to draw from. Jotun, however, features characters and concepts pulled directly from Norse legends. The team has written about these influences more extensively on their blog.

You can buy Jotun now on Steam.