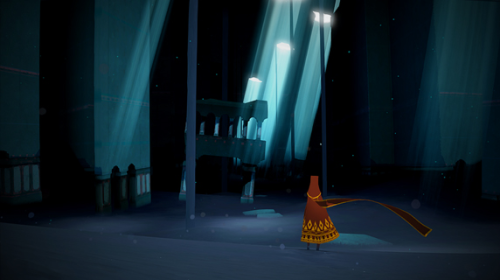 Journey, Thatgamecompany’s lovely co-op adventure (which certain segments of our office sitting to my right did not particularly enjoy) was nominated for a Grammy today in the Best Score Soundtrack for Visual Media category. Its competition – the Dark Knight Rises, Hugo, Tintin, The Girl with the Dragon Tattoo and The Artist – are a testimony both to the excellence of the music in the game, and to how far games have come as a medium. We blogged a few weeks ago about how a lot of game music is not particularly sophisticated compared to other aspects of their presentation, but there are rare, and wonderful exceptions. Well done.

*Last year, a song that was originally featured on the Civilization 4 soundtrack won a grammy, but was nominated for its composition on a 2011 album by the composer. Technicalities!