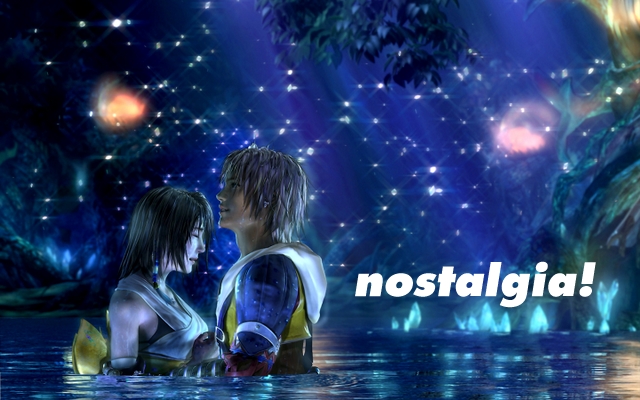 Remember chillwave? Perhaps not. How about vaporwave? Glitchstep and/or drumstep, by chance? Trap? Post-punk revival? Witchhouse?

Maybe they’ve all slipped your mind.

Something curious has blossomed in music. The proliferation of music-making tools and distribution possibilities has created a culture of “microgenres,” each an attempt to stake a flag in the ever-shifting sands of musical taste. What first begins as a small project on GarageBand quickly evolves into a quasi-legitimate artistic movement.

But flash forward a year, and the mood’s already withered–an ephemeral idea unable to achieve its fullest maturity. It’s not long before the next great thing in music has been spotted, and the blogosphere again beckons like an ever-bountiful Yukon.

Games less and less define genres but increasingly experiment with them.

Such a mindset extends beyond the medium of music–it’s embedded deep within our interaction with all forms of media and culture. Take videogames: What once played as a coherent platform of gaming “types” now exists as a hubbub of style-borrowing and multi-genre crossovers. Games less and less define genres but increasingly experiment with them.

This is neither good nor bad. Videogames have simply turned away from some aspects of their own past. Its cause is partly technological–after all, gaming is bound by its own techne. And as more becomes possible, designers want to push gaming’s boundaries, away from the “limitations” of less advanced technology. More becomes possible, and old standards become the stories of legend, of the way “things used to be.”

Let me be clear. I’m not here to decry progress and change–both are necessary for the development of gaming. Yet something risks being lost as we stumble faster and faster into the future. There is an increasing disinterest in the finer mechanics of gameplay, and instead a high prioritization of a game’s style or “aesthetic.” We now dabble in a culture of comparative criticism, wherein games struggle to reveal their forthright and unique qualities.

There is, however, one genre–which is now all but passé–that embodies all the fortitude of an older way of gaming. It instills values of patience, strategy, and collaboration. I am talking about the Japanese role-playing game, or JRPG, a beloved genre of yesteryear that struggles to find relevance in an age of glitchstep, Pinterest, and Candy Crush Saga.

But the JRPG may be exactly what gaming needs.

Let’s take a look backwards: the “role-playing game,” or RPG, was a specific articulation of Choose Your Own Adventure books and table-top games like D&D in the late 1970s. At the time, fledgling digital media designers in both the West and the East saw console gaming as an enticing way to tell these interactive, fantastical stories. Computers had already seen role-playing game releases in the early ’80s, including Ultima in 1981 and Wizardry in 1982.

We continue to live through its popularity. Consider the acronym: role-playing game. Games in which you, the player, take up the role of some character, and play out a simulation in their guise. It’s quite striking when you think about it. It doesn’t matter if you’re frantically dismembering possessed crewmates in Dead Space, treasure-hunting and scaling cathedrals as Ezio di Auditore, or engaging in a multi-national conspiracy about crystals (looking at you, FFXIII)–taking up some character’s personhood pervades most of our gaming today.

But Dead Space is not Assassin’s Creed is not Final Fantasy. So here’s what we have: Action RPGs. Puzzle RPGs. Tactical RPGs. Combat/Dating Simulation RPGs. Culinary RPGs. Massively-multiplayer online RPGs. And as the number of titles ascribed under these microgenres continue to grow, what once stood for a very specific form of gaming now finds itself entangled in a thick web of trends and categories.

What a “role-playing game” even is anymore is up for debate, a thought echoed by Bill Steirnberg and Robert Boyd, founders of Zeboyd Games. The duo has been making “indie RPGs” for Windows, with nostalgia-inducing titles like Breath of Death VII and Cthulhu Saves the World. “Resurrecting the classic era of RPGs with the retro parody RPG,” Boyd and Steirnberg’s games shrewdly reflect on gaming’s past–and how it can be reincorporated into its present.

What a “role-playing game” even is anymore is up for debate.

I sat down to chat with them about the state of role-playing games today, in 2013. “A big thing today is that we don’t see many of those purely mental, strategic, turn-based RPGs,” said Steirnberg. “We see a lot more of the hybrid style where an RPG is crossed with an action game or an RPG crossed with a shooter. Any genre seems to have RPG elements in it these days.”

There is, however, one genre that most distinctly remembers what the role-playing game once was. But it too is another microgenre lost in the haze–and that genre is the cutesy, dramatic, and anime-friendly JRPG.

The watershed moment for Japanese RPGs occurred in 1983. Dungeon-crawling narratives with Euro-medieval themes emerged in the 1970s as a primarily Western phenomenon–but upon an encounter with Wizardry in 1983 at a Macworld Expo, designers Koichi Nakamura and Yuji Horii (working for a newly-formed Enix) envisioned a different way to tell the stories they wrote. Dragon Quest was released in Japan two years later. By 1986, the Final Fantasy and The Legend of Zelda series had launched their first titles. And through the 1990s, JRPGs were the queens of the industry, igniting players’ minds with a blend of melodrama, hallucinogenic art direction and labyrinthine mechanics.

But in 2013, JRPGs, feel static, overly nostalgic, and out of place. They are the harlequin paperback novels of videogames–an overly-repeated formula of cute monsters and elemental spells, of medieval folklore and the unlikely band of heroes. Against the backdrop of David Cage’s Heavy Rain, where realism has taken up a whole new meaning, or even “post” acid house, JRPGs don’t seem to have as much to offer. A glance at E3 2013’s up-and-coming suggests that the romance of fantasy has been boxed out by the gore, grit and brutality of the post-apocalypse. Even the team at Zeboyd hesitated when I asked them about their favorite JRPGs of recent memory.

“I’m trying to think of my favorite JRPGs over the past three years,” said Boyd. “Probably Persona 4 Golden.” That’s telling–as it’s a Vita repackaging of a PS2 JRPG from five years ago.

The JRPG’s fall from grace doesn’t imply that we need leave its mechanics in the past.

Naysayers aside, the JRPG’s fall from grace doesn’t imply that we need leave its mechanics in the past. Let’s take a refresher course in retro RPGs: you’re walking in a dungeon. A pathway forks–two roads present themselves. One will lead to the exit, or maybe even a boss, and the other will lead to treasure…so naturally, you select the latter. And when you reach the end of the path, there it lies: the coveted treasure chest of wonder. What lies within? A hi-potion? An antidote? Perhaps a feather?

None of the above. It’s in fact a ruse, and what’s hidden within the chest-o-plenty is the 476th enemy encounter you’ll have in this dungeon. The music cues, the screen freezes, and we’ve found ourselves (again) deep in the throngs of turn-based combat.

For many, this is a groan-worthy memory. I’m here to convince you that it isn’t a bad thing.

The JRPG demanded its players work for hours–and we’re talking dozens of hours–before they could hope to understand what a game had to offer. Within this respect for the minutiae of gameplay, one particular element stands out: turn-based combat.

“The nice thing about turn-based combat is that if it’s done well it can move as fast or as slow as the player wants,” said Steirnberg. “Give the player a lot of different options on how to approach each battle, and let them do their thing.” There is a remarkable degree of individualism in this approach: sure, every person who plays will receive the same weapons, armor, and support items, but nobody will ever use them in exactly the same way. It’s up to you to figure out how best you can maneuver through the game. With a team of three, four, five, or more, successful combat can be achieved uniquely through cooperative and complementary gameplay.

And when you engage in nearly one-thousand battles in a JRPG, the combat can play as formulaic. But it’s precisely such repetition that gives the player a space to infinitely reinvent strategies and experiment with new avenues of battle. Each turn, you’re confronted with a myriad of decisions, and you determine which choices will lead to success. Attack, defend, cast a spell, use an item, run away–it’s up to you. What first seems like a wise choice will become your biggest regret only five turns later. The finesse lies within the judgments you make, not how quickly you make them. This simply isn’t there with an aim-and-shoot style–its demands are too often mechanical.

“You’re making all kinds of decisions in turn-based combat, and it doesn’t have to feel limiting,” said Steirnberg. At the end of the day, it’s about creating interesting decisions, to add meaning to a perhaps ho-hum routine.

At its core, turn-based combat in RPGs investigates the mysterious subtlety of combat in a way that an action-heavy shooter cannot. Tracy Fullerton once spoke of “masterful play” as “the kind of play that sets into relief the design of an entire system.” For Fullerton, it is this type of mastering, akin to understanding a game’s “underlying nature,” that broaches the unique beauty and spirituality to be found in gaming.

Without this endless stream of battle, we would fail to grasp the fundamental tenets of strategy, combat, and gaming.

Malcolm Gladwell further stated in Outliers that “greatness” requires enormous amounts of time–10,000 hours by his standards. Prejudices against pop-psychology aside, it reveals an important truth: “Practice isn’t the thing you do once you’re good. It’s the thing you do that makes you good.” It is no different for JRPGs. For “masterful play,” the gamer must grasp the tedium of his own activity. A system cannot be understood until it is reduced to an infinite number of confrontations with its most basic design. And after you play through an incognizable magnitude of battles, your strategy ingrains itself into your most basic interactivity with the game. Without this endless stream of battle, we would fail to grasp the most fundamental tenets of strategy, combat, and gaming.

And if we cease to care about how we play, we’ll quickly find ourselves lost in a digital labyrinth of styles and “aesthetics” which will, in time, connote quite little. The repercussions of micro-fetishization may not seem all that dire–but if we push aside serious thought about the mechanics of gameplay, and only seek to iterate flashy, attention-grabbing titles, gaming’s future is all but bleak. Of course, there’s still hope. But gaming needs to again consider the best way to play a game, plain and simple. Videogames should never feel boring, or uninteresting, but they should seriously ask the player to think through the choices that he makes. Turn-based combat is one avenue through which games can again do so. And though the JRPG may be a vestige of the past, its stance towards strategy and thoughtful gaming rightfully belong in our present. This isn’t nostalgia, per se. It’s a desire to see well-thought combat return to gaming.