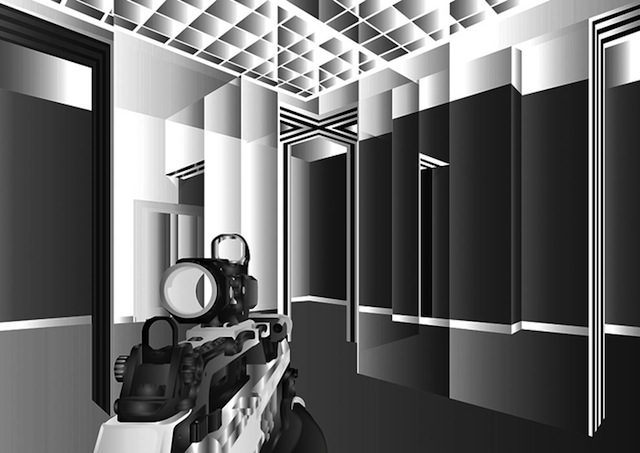 In the latest Harper’s, Ben Lerner describes 20th century art as a wave of vandalism. If that’s the case, then the graphic designer Louisa Gagliardi stays the course with her series of monochromatic illustrations entitled FPS. She has tagged works of well-known graphic artists such as Ellsworth Kelly and John McCracken by sticking a powerful-looking gun on the front.

Gagliardi’s lone addition is the rendering of the sight, scope, and barrel of the gun, which never looks out of place among the geometric, abstract backdrops. This goes to show that you can drop a gun in front of anything and you’ll have a first-person shooter. It’s the most versatile genre ever. No wonder it’s found everywhere.