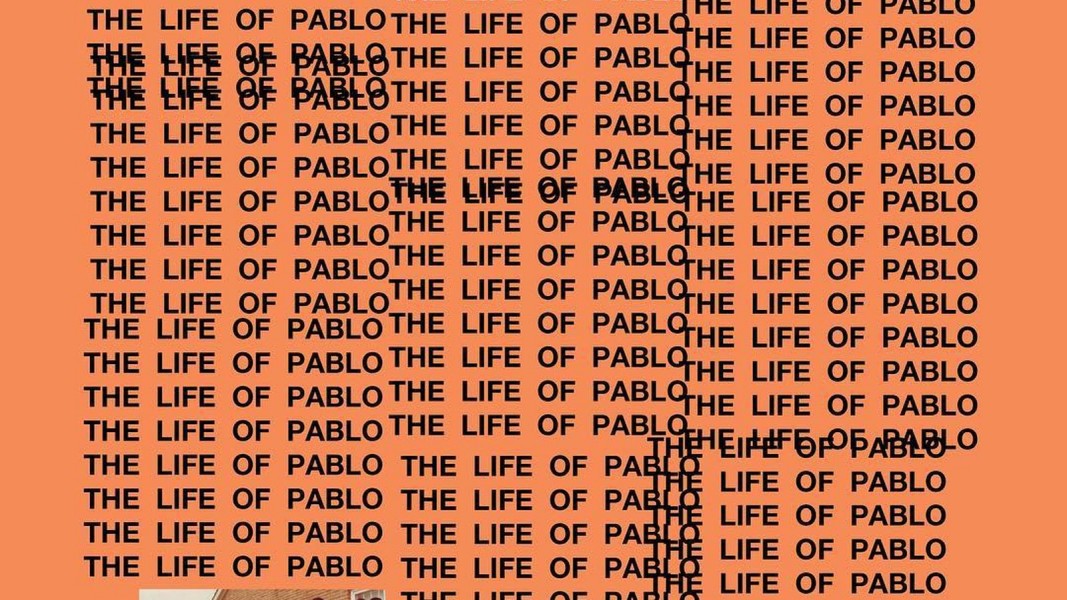 Kanye West is making a videogame. Now, what that probably entails is Kanye approaching a group of game designers and programmers with, “Hey, nerds, make a game about my dearly departed mother entering the gates of heaven. And make it look dope.” Then, like, he signs off on their designs and whatnot. But you can feel Kanye’s pride when he unveiled the thing recently, and while the game’s depiction of the afterlife is as rote as can be (if there’s a hell in the game, it’s sure to be a lake of fire with pitchfork-toting imps nudging in agents, lawyers, George Bush, and other people Kanye doesn’t like), the delivery is ethereal in a way that’s fresh. And it’s elevated by the one thing Kanye is transformatively good at: music. In content Kanye is cliche; he recognizes that by deconstructing himself. But where his art distinguishes itself most is in the music. It’s there that Kanye’s mind works in great, mysterious ways.

If My Beautiful Dark Twisted Fantasy (2010) was Ye trying to make a masterpiece, and Yeezus (2013) was him trying to make a statement, The Life of Pablo is something entirely more humble. It is Yeezy trying to live. I think Kanye is confused as fuck right now, slipping into the supposed contentment of domestic life, getting his church on harder than ever before, having kids, knowing who he should be for those kids, accepting these roles that are both what he wants and what he is not. For the self-proclaimed “greatest artist alive,” these may seem like surprisingly mundane concerns. Kanye has always been self-possessed, but in a way that has always been disarmingly inclusive of others.

On The Life of Pablo that breaks to the next level. Here he stops trying to be a great rapper; it is a boon. Here he produces, he curates, and, sure, he raps a lot. But this is a tapestry with dozens of artists commissioned: he’s got sub-producers all over it, from major assists courtesy of DJDS, Charlie Heat, Karriem Riggins, and Boi-1da to Madlib taking over indelibly on “No More Parties in L.A.”; the vocals themselves are, at best, 75 percent Kanye, the other quarter an ever-shifting flux of guest rappers (Chance, Desiigner, Kendrick), singers (The-Dream plays Scottie Pippen), and sometimes people just saying shit, like on “Low Lights.” And yet what this entourage is weaving isn’t something grand. It’s something intimate, and it shifts on the wind of Ye’s whimsy—for The Life of Pablo is as much the dynamic, mutable nature of its own process as it is an actual document. Its confidence is supreme but also self-questioning, editing, revising constantly; even as it changes, though, Ye always comes back with the tested answer that, yes, he is the greatest, always has been, and so is this record. It’s a picture of Kanye, an honest and complete one, superimposing the halcyon, sample-bred nascence of The College Dropout (2004) over the decaying electro-bones of Yeezus (check when the Nina Simone loops drops in on “Fade”). It is a picture of one both possessed and anointed.

Opener “Ultralight Beam” is primo Philip K. Dick, channeled in a Kanye West jam, a surrealist, drug-addled hymn that would pair just lovely with four, five tumblers of scotch and Valis: “We on that ultralight beam / we on the ultralight beam / this is a God dream…” It’s a track held together by the most simple of production foundations, but it billows outward towards the diaspora of voices it seeks to encompass: a gospel chorus, guest rapper, singer, sampled child, sampled pastor, Ye himself. You can feel a million more voices beneath the surface. God’s dream, indeed. The thump of an intermittent drum and the synth horn that carries Chance’s incredible verse upward in its last few bars are Ye dabbing in masterstrokes I don’t think he fully comprehends. He just does, following his prodigious intuition, following the ultralight beam that burrows inward to the God buried beneath endless strata of human shit. Looking for “more faith,” or something that is more than faith.

It is a picture of one both possessed and anointed

On “Low Lights” the preaching poem is offset by a melancholy use of staggered chords. On the acapella “I Love Kanye” a joke track becomes increasingly meta and strange; Kanye is no longer capable of looking in the mirror without his brain writhing into an ouroboros. “I Love Kanye” has no place on a great record, and yet here it is on one, thrown in, fecklessly. Again, Ye’s process and Ye’s instinct overwhelm inhibition, even as the form of his art shapeshifts anew and anon. Where Ye’s excess once expressed itself through layer upon layer of production, here it has boiled then simmered down into an inch of dense reduction, nigh black with an oily rainbow sheen on top. The excess comes when Ye then splashes that shit everywhere. On The Life of Pablo, Ye fucks with the song structure, the album structure, hard and without reservation; no longer spilling over the margins of the mansion walls, he’s excavating the foundation and laying the bricks out in Stonehenge-esque bricolage.

The self-awareness at the heart of tracks like “FML” and “Real Friends,” which is as devastating a 1-2 as Kanye has ever made, is the best kind of portraiture because it is not confessional, it is bluntly observational. Ye hasn’t been this directly relatable nor his music this emotionally tonal since he was making tracks like “Through the Wire.” That feels like a long and happier time ago. Yeezus failed in large part because it was Kanye trying to tap into one thing, into his “righteous” anger, and making something messianic out of that when he lacked the grace to do so. The Life of Pablo doesn’t single out any one emotion, is neither aspirational nor seeking to be inspirational.

And while Kanye’s dick is a central, recurring character in its narrative,  The Life of Pablo is also very in tune with all the other parts of Kanye, too. Somewhere in that sum it starts to paint a thing that kind of looks like a soul, without having to proclaim the soul is there the way Kanye would do on his past work. I mean, Kanye still does that on “FML,” but this time you believe him because of the way it sounds. This isn’t the sermonizing of “Jesus Walks,” it’s that track’s drum line. It’s the inflection of the rap’s one most impassioned moment. Vis-a-vis the sonic breadth of Ye’s ego, this isn’t the golden morass of “We Major” or “Power,” it’s that shine blast-fractioned off into a sinuous series of glints. This is The Life of Kanye and Pablo is referenced because Kanye’s still chasing something bigger and badder than himself. Only now he knows it’s only a God dream. Which is “everything.” Kanye’s just found a new, more potent way to talk about everything, and that’s to let the music do the real talk without talking over itself. But it talks a lot, and it talks hard.

There are “bonus” tracks here that are no longer bonus tracks, Kanye making the distinction himself and then destroying it. Gorgeous “30 Hours” is a long outro, with an ad-lib track akin to “Chonkyfire”—and it’s not even remotely the last track. It also contains a microcosm of what’s so vital about The Life of Pablo in that Kanye invokes Andre 3000 with “Three Stacks,” then Dre shows up to do fuck-all but say the track title at the end of the measures, while Ye inserts scat-filler in lieu of actual words and then, apparently, decided that was plenty good enough. And he was right. It’s so goddamn beautiful it will make you ache. You will hear your own love for Andre 3000 and Kanye’s love for what Andre 3000 sounds like. It is good.

At best, it’s an oneiric logic

The Life of Pablo, indeed, is built on this premise: that it will be good. The logic of what’s on The Life of Pablo and when and where and how Ye chooses to end the record (that is where you put “No More Parties in L.A.,” “Facts,” and “Fade”?) … I mean, at best, it’s an oneiric logic. Which, in art, can be the best logic. And Kanye makes batshit production choices (like the practically atonal coda to “FML”) because again, he has utter faith that it will be good. This faith is empowering. It renders The Life of Pablo the most daring entry in a discography not lacking in, er, audacity. It is Kanye owning what could be viewed as mistakes, for his life is basically made of mistakes, and exalting them—as part of the God dream. Kanye has found the key to artistic self-validation: bold, unmitigated, probably insane belief, belief so absolute it becomes hardwired into the self. Something more than faith.

It couldn’t be right to call The Life of Pablo Kanye’s best record, could it? Shouldn’t we let the honeymoon pass? And isn’t The Life of Pablo too erratic, too drunk, too scattered, too crass, too much about Kanye’s dick? But it is his most challenging record. And his most secretly rewarding. His funniest, most subversive record, and his most eclectic and self-comprehensive. His weirdest record and most off-the-cuff, off-the-dome, off-the-track of the path to greatness that Kanye was trying to blaze. His most sincere record, most in-the-moment. It is the record that is the least about him rapping, about him telling us—be it through a million grunting verses, or Auto-tune, or the mad stare and spit of his last record—and most about the music that haunts him, and him showing us that. It is his most Kanye record, but also his least Kanye record in that it is his most internally disconnected but his most externally connected, his most resonant. For Ye tragically self-isolates even as he thirsts for community and fraternity and love, he knows no other paradigm and no other way to be, but now from this space comes forth a tortured beauty, whereas before there was often just a pompous sort of beauty (most everything before Yeezus) or torture (Yeezus). There are a lot of ways to judge art, and by many of those measures The Life of Pablo is a bit of a hot mess. Myself, I always try to find the essence of the artist in the work, or the work’s essence in itself, and what about that is essential. The Life of Pablo is on that ultralight beam. I know this not because Kanye tells me it is but because, for instance, the beat switch at the end of “Famous.” The divinity is self-evident.

The iconography, the rap memes, the boasts, the insecurities, the persona, the T-Swift teasing, the Kanye dick on display here…all just contextual particulate whirling on the movement of the music. The music that makes Kanye speak, that makes him create, that made “All Falls Down” and “Can’t Tell Me Nothing” and “Runaway” and now this. That makes him essential. For the first time I feel like he and I share the same fabric, are part of the same thing. Faith is restored. I will play his fucking videogame. It will be good. My life will hurt as it always has, and it will be good, like Kanye’s. I will inevitably fail my kids like Kanye will inevitably fail his, but somehow it will be good, I believe, if we share this with our kids and everyone else we know, if we believe things can and will be good even when those things are fucked and damned to hell. Because we hear the music. Because we feel the ultralight beam. And I hope God never wakes up.