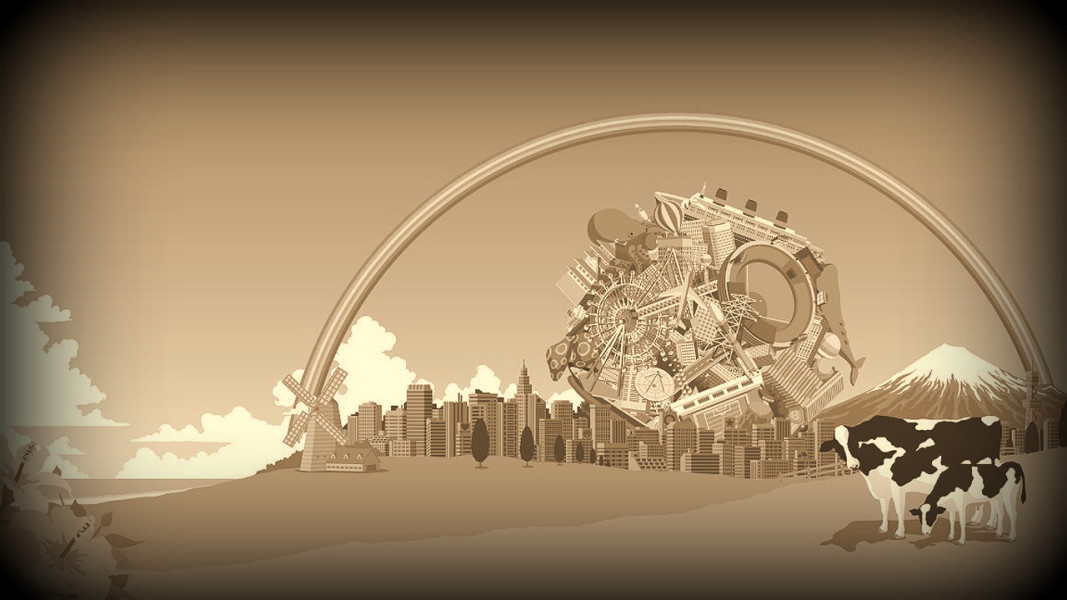 At Indiecade East, I had the chance to speak with someone whom I truly admire, Miguel Sicart. Sicart is a professor of game design and ethics at IT University of Copenhagen’s Center for Computer Games Research and his work on ethical videogames and procedurality are renowned. He is not afraid to call himself an “ivory tower academic” and doesn’t hesitate to cast down stones from this perch. Ready for one of those such stones? Videogames don’t matter and play isn’t necessarily fun, he says. There’s a lot of language that gets thrown around when it comes to videogames, but it’s a diction based in other media: film, literature, and theater, among others. Sicart wants to introduce back into that conversation something he fears videogames might be losing: playfulness.

“There was a beautiful moment in time with LocoRoco and Katamari Damacy where all these playful, colorful, very toyish games were coming out,” he told me. I can’t help but agree: those were two of the best times I had with videogames, before or since. Sometimes I wonder what the games I play look like to other people, but with Katamari Damacy the answer was always pretty to the point. It looked like it was: fun. Whoever was watching definitely wanted a turn.

Sicart’s concern is not without merit. In the years since, videogames have begun taking themselves very seriously. The Last of Us, the last two GTAs, the Uncharted series, and a slew of others constantly remind us that videogames have become serious business. This “seriousness” has shifted the focus away from games as objects of play and onto games as objects themselves. Instead of caring about play itself, we’ve placed the discs (and the data on them) on a pedestal. Sicart believes that play is expressive, not consumptive, that games exist for us to, well, play with, not consume.

Play is very the reason that Sicart wants us to deemphasize videogames as objects. In our conversation, he said he found importance in the way that “everybody will play in slightly different ways” and it is the “way we meet and talk about play[ing]” that makes play and videogames important and interesting. He stressed, “when we play we take over the world, we reshape it, we create it, we even create the world itself.”

Instead of caring about play itself, we’ve placed the discs (and the data on them) on a pedestal.

However, Sicart also wants us to be aware that play doesn’t have to be “fun” in the traditional sense—and sometimes it shouldn’t be. “It’s not like the game tells us, ‘You’re going to be playing because it’s fun.’ It’s more like, ‘I find the fun in this game but I’m going to make it harder,’” he says. Things like toggling permadeth, removing the HUD, or otherwise handicapping the player are all part of what he calls “negotiating play”: creating our own enjoyment by altering the game or the way we play. It’s not that there is anything inherently joyful in a game where you can be permanently killed but there is a specific flavor of joy or excitement created by the tension you have created.”

Another example he mentions is Takeshi Kitano’s legendary game Takeshi’s Challenge. This is a game which requires the player to not interact with it for one hour, sing into the 1986 Famicom controller, and punch out an old man. It’s not a game about “fun”; it warns that it cannot be beaten or even attempted with “conventional gaming skills.” It’s a game about the strangeness of videogames.

But there are games on the horizon that seem more in line with those more playful games of the mid-aughts. I ran into Sicart the next day and talked about the upcoming Hohokum, a game he says reminds him of that era. Playing Hohokum and watching others play really helps you understand his point about play being more important than the game itself. The game itself is not a magical, fun generator; instead it’s a tool and a toy that, like Katamari Damacy, encourages the players to simply try things, to experiment. I left my time with the game a little proud that instead of using the joystick I immediately attempted to use the PS4’s touch pad which, much to the surprise of a Sony rep and me, worked. In that moment I discovered a new joy and new way of playing, and so too did the people watching me. My attempt to break the game had failed but the power of play, of experimentation and negotiation, was in full effect.