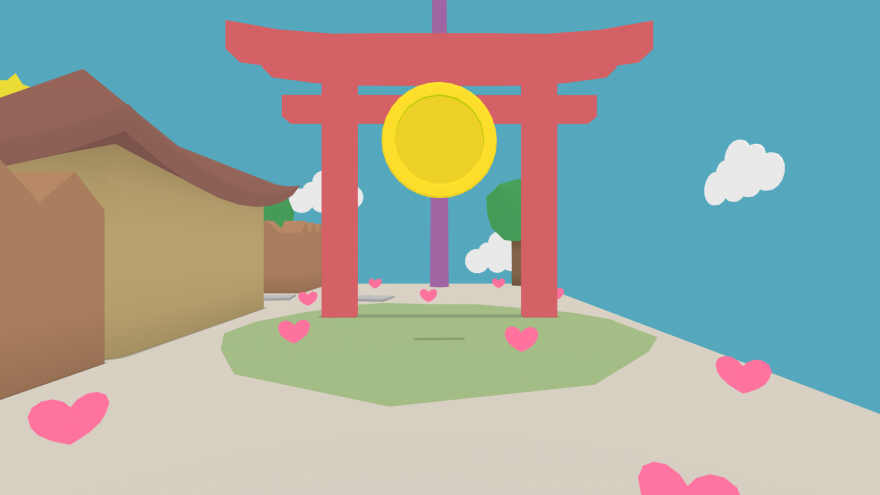 The classic idiom goes “Don’t judge a book by its cover,” but often the aesthetic and visuals of a medium offers a reasonably good idea of what to expect. One doesn’t imagine that dark horrors are lurking behind the sunny facade of Sesame Street (the webseries Don’t Hug Me I’m Scared subverts that expectation to an unsettling effect), or that the Berenstain Bear children books will descend into mature adult themes. A game’s looks inform us in the same way, as seen in the bleak muted palette and Orwellian environments of this year’s Inside, the vibrant island of The Witness, and the watercolor landscape of Beyond Eyes (2015).

But sometimes that facade can be deceiving. The puzzler Snakebird (2015) presents itself with bright color levels and charming serpentine avians, but hides a fiendish challenge. Toki Tori‘s (2001) chirping and cute animal friends coalesce into a surprisingly complex puzzle game with interconnected rules to learn and master. Acclaimed mobile game A Dark Room (2013) blossoms into a much larger experience than its single text prompt and basic interface would imply. Gaming is rife with examples like these, where aesthetic and gameplay juxtapose each other in fascinating ways.


Lovely Planet (2014) was one such title. On the surface, it was a bright game popping with color and odd-cubic enemies, hearts and technicolor décor. But actually play the game, and you found a fast-paced test of reflexes and precise shooting, driven by the vein of die-restart-die-improve pacing that defined titles such as Hotline Miami (2012) and Super Meat Boy (2010). A gauntlet of enemies and projectiles and long gaps to cross, propelled by the ever-ticking clock.

A fast-paced test of reflexes and precise shooting

Its forthcoming follow-up Lovely Planet Arcade doubles-down on that contrast. An expanded sequel with more levels and game modes, the aesthetic is even brighter: the dull sky of the original now a vivid blue, cubic enemies now rounded and softer. The action has been likewise upgraded; armed with a heftier musket-like weapon in your hands—compared to the first’s magical staff—you rush through the game firing on shielded foes and incoming rockets with honed precision.

Of course, a sequel wouldn’t be complete with new ideas for you to learn, and Lovely Planet Arcade‘s new additions challenge you to react on the fly. You have to make sure not to shoot friendlies, but to shoot bombs before they hit the ground—training hesitation into your urgent reactions. A particular enemy type freezes time when you kill it, offering a few precious moments to take aim without the pressure of the clock. Portals transport you to different areas. Along with special modifiers and new modes, Lovely Planet Arcade promises to take the charming-yet-challenging action of the original

Lovely Planet Arcade will be out on July 22nd for PC, Mac, and Linux. More details can be found on the game’s website.