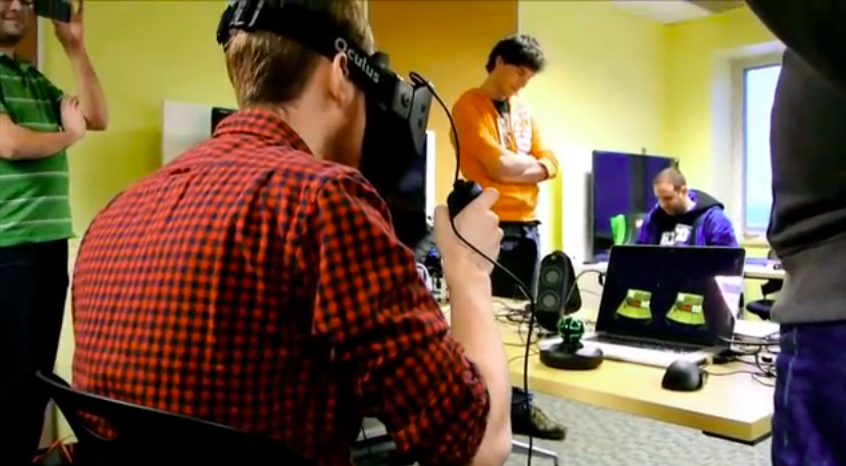 Keep Talking and Nobody Explodes is a game where a player wearing an Oculus Rift has to defuse a bomb per the instruction of her non-mask-wearing teammates. The clever thing here is it plays off many of the Rift’s faults: Strapping a mask to your head is exclusionary and awkward, there’s only one headset per computer, and also you look like an alien/bomb-disposal-tech while wearing one. Events happen pretty much the way you’d expect from watching any spy movie or television drama involving a bomb squad, with tense confusion over whether to cut the white wire with the red stripe or the red wire with the white stripe. And if the player fails, the Rift explodes and their head blows up. Er, I think that’s promised in later editions. Here’s hoping!