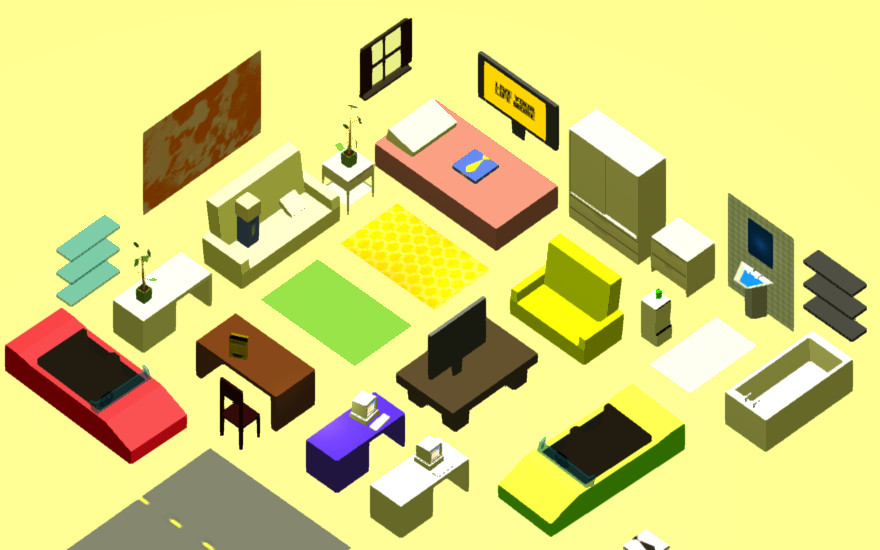 Keep Working imagines a near-future with pop-up ads on every food product and piece of furniture. The protagonist appears to read and watch advertisements for leisure, and the decision to work is tied directly to the desire to buy things. Described as an “interactive music video game” directed by Bean Chon, Keep Working meditates on consumerist desires and a life running in circles.

Every day you wake up, eat breakfast, go to work, eat lunch, work more, eat in front of the TV, go to sleep, and start over. Eventually the cycle breaks into violence, the player holds up a liquor store, destroys all the computers in the office, robs a bank. As things continue to spiral out of control, mantras show up scrawled on walls. “YOU ARE NOTHING” appears on your mirror. The player flits through scene after scene, and the music gets darker and more abstract.

This is the first game from Bean Chon, identified as Ben Chan by his tumblr. Chan is a bit of an enigmatic developer, whose self-description on GameJolt features only a string of seemingly random letters, and whose itch.io page is, aside from the link and photo for Keep Working, completely blank. The tumblr, iambeanchon.tumblr.com is full of photography and gifs, but no explanations or descriptions of anything. Keep Working, though, has a lot to say about working and consuming in the present and near future, both in text and through play.

Keep Working is presented by Bean Chon and Novhatores, and involves the musical stylings of Jewcy Zanussi, David Fitzgerald, Gee Mullins, William Messenger, and Tetr-A/James Fox. It can be played here.