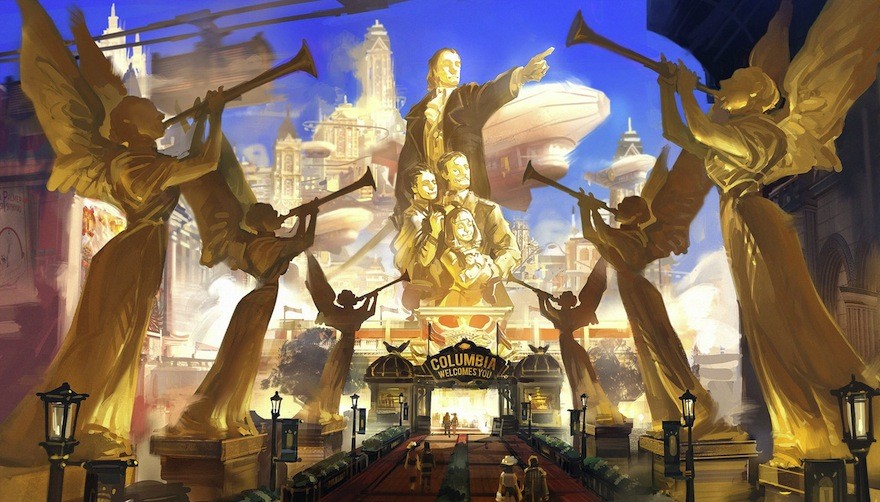 Ken Levine is shutting down Irrational to work on smaller, narrative-driven games. That’s the gist of this announcement in a blog post on Irrational’s front page. This will be the end of the studio that brought us a couple of monumental games with the word “Shock” in their titles: System Shock 2, BioShock, and most recently the perhaps over-ambitious BioShock Infinite.

This isn’t that surprising. After the troubled development and fan backlash over the latter (critics mostly loved it), you got the feeling something was bound to go down. The word on the ethernet was that the team had trouble creating a playable game around Levine’s lavish story concepts, which led to multiple delays. The game was a steampunk fairytale that featured a claw-arm, overtones of racial and political satire, Rosebud-level story twists, and machine-gun-wielding George Washington automatons. It felt too grandiose for a meager FPS to hold, or at least that seemed to be the consensus among fans, many who found the shooting segments arduous and just wanted to get on with the story.

All that is to say that Levine moving on to work on narrative-driven games with a small team may be a very good thing. The man clearly wants to write and is intimate with the pitfalls of narrative design. Just hearing the terms “core player” and “digital games” and “narrative-driven” makes me wishful for a Walking Dead-style adventure within the gated walls of Rapture, which isn’t out of the question, considering he’s continuing his partnership with publisher 2K. We can dream.