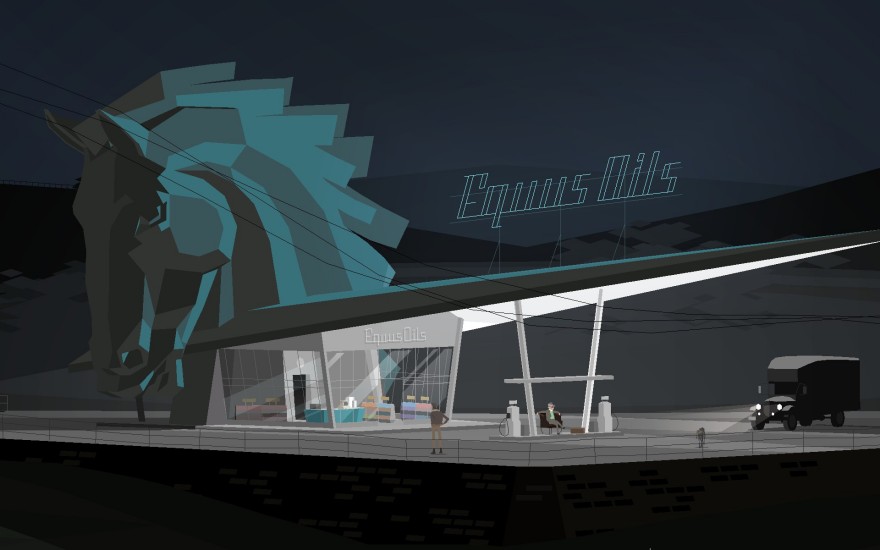 It’s been a slow ride since Cardboard Computer’s moody tale of dark roads and mysterious strangers first debuted in early 2013, but we’re getting steadily closer to the end.

Kentucky Route Zero: Act IV is nearing completion and while it has no exact release date yet, its developers have stated on Twitter that they are “excited to share it soon,” offering up a new piece of artwork in the interim.

While only one piece of the larger, dreamy puzzle that is Kentucky Route Zero, its third act prevailed as our game of the year in 2014 for its quiet beauty and sincerity. The game follows a delivery truck driver named Conway as he journeys through rural America, meeting other troubled souls along the way.

KRZ is all about small things

The gap between each episode has widened more and more since its debut—a couple months at first, then a full year, then a year and more, but a series of short experiences and other experimental interludes have filled the spaces inbetween.

Kentucky Route Zero is all about small things, so to receive its tale in fragments feels like part of the experience. But for those waiting to take it all in as a whole, it’s exciting to see Kentucky Route Zero trucking along towards its conclusion.