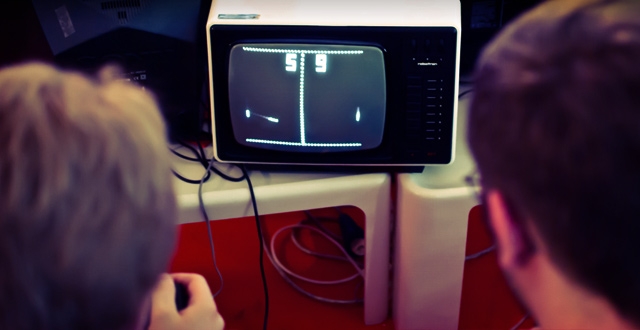 Lists are serious. A critical consensus and a “Game of the Year” pick can cement a title’s place in the canon. Plus, those little “BEST OF 2010” stickers on the boxes? Those aren’t cheap.

Lists are silly, too. The heated, spittle-flecked arguments we have when we make them, the disgust of the readers who disagree with them—when did we start taking this so seriously? No list is “objective.” Professional critics will always give a bump to an underdog, a personal favorite, the game that everyone should have played. You’re supposed to disagree with lists. That’s why they’re fun.

And lists are fun, first and foremost, which is why for our first Game of the Year list, we eschewed the usual methods—getting the staff together, donning black robes, etc.—and invited our favorite critics, writers, gamers, bloggers, and tweeters, and asked them for their votes.

High Scores is a critics’ poll, drawing on talents from many gaming publications. In addition to letting voters choose and rank their games, we also gave them a pool of points to assign to each title: 2 to 40 points, for a total of 100 in each list. This gave everyone a chance to push their favorites, lessening the odds of a boring consensus candidate. (And be sure to check out how the points shook out—dig that drop from #2 to #3 on the second list!)

We also gave voters two lists to work on: the “big games” (blockbusters, full retail releases, subscription-based MMOs), and “small games” (indies, downloadables, DLC and expansions, mobile, social, free-to-play, free). The cutoff is roughly a $30 sticker price.  This was our stab at respecting the divergent trends in gaming between the multimillion-dollar cinematic experiences that represent the state of the art of the industry; and the wealth of smaller-budget games that have proven just as successful, whether they’re super-artistic indie releases or low-budget bombshells like Angry Birds.

It’s our first year. We’re working out the kinks. But we can promise you a measure of truth, passion, and controversy. So without further ado:

Could there be a bigger tent than the “under $30” category? A list of “indie games” wouldn’t have room for bigname DLC like Red Dead Redemption: Undead Nightmare and BioShock 2: Minerva’s Den. A snootier list would also have skipped Angry Birds, which was arguably 2010’s biggest barrier-breaking hit. And given a choice, where choice number three is a gun to the head, we’d rather remember 2010 as “the year of Angry Birds” than “the year of FarmVille.”

Superindie platformer VVVVVV earned high praise, as did the “so you think there’s no such thing as a B-movie game?” horror-thing Deadly Premonition. Scott Pilgrim placed higher than we, or its Metacritic scores, would have expected, while critical darling Costume Quest made it all the way to the top 5. And then we have a slew of downloadable faves and Independent Games Festival winner/nominees, with LIMBO and Super Meat Boy topping the list (and IGF winner Monaco waiting for us for next year), and Joe Danger sneaking onto the bottom.

Just one question: Would Minecraft have placed higher if more people had played it? And will its future gold release come close to the adoration it received in alpha?

(UPDATE: The original version of this list erroneously put Heavy Rain at #3 and StarCraft II at #4. This has been fixed. And if you went out and bought Heavy Rain because it cracked the Top 3—well, maybe you can still return it.)

If you had asked us in 2008 where the sequels to Fable II and Fallout 3 would have placed on this list, “nowhere near the top 10” would not have been our answer. Instead, Fallout: New Vegas just squeaks onto the bottom of a list of blockbusters. Mass Effect 2 and Red Dead Redemption loudly argue the case for games as the new cinema (in contrast to just about every title on our “small games” list). Heavy Rain‘s high placement suggests that the “love it or hate it” experiment won enough advocates to outweigh the yawns. And StarCraft II and Super Mario Galaxy 2 follow the “if it’s not broke, make more of it” rule of sequels that has worked so well for Microsoft Word over the years.

With a few exceptions (Metro 2033? Oh yeah, Tom Bissell), the list has no surprises—but there’s plenty to argue about, as no two people would ever place these blockbusters in this exact order. Like we said, the points system rewards passion, and this is how excited our voters happened to get about these state-of-the-art experiences.

“Mafia II limits all the character’s positive experiences to cut-scene montages, leaving you to play the bullshit work and think, ‘Boy, they really didn’t do a good job of changing mechanics/mission designs up as Vito climbs the family ladder’ and then realize that’s the point, that he’s still just the sucker moving someone else’s crates at the dock.”
—Brian Taylor

“Monday Night Combat nails what the $15 game model can accomplish. This game would never work as a standalone retail game, nor would it be embraced as one, but its mix of tower defense and class-based combat delivers a ridiculously playable battle game that scales for any user. ‘I don’t really like shooters, but I had fun with Monday Night Combat!’ I hear that again and again.”
—Sam Machkovech

“While looking through all the games I played this year, it became fairly clear to me that the only thing I want from the mainstream industry is a balanced competitive game. That’s the one thing they can do that the indies haven’t done better yet. I’m guessing that, come this time next year, I’ll have trouble even thinking of ten games to put in the Over $30 column.”
—Simon Ferrari

“For me, 2010 was dominated by the indie scene. Sure, there were great AAA releases, but with the likes of Minecraft, VVVVVV, and Super Meat Boy, who needs them?”
—Brendan Keogh

“I picked [my] games because I believe they all tried to do something new. You don’t really see that in videogames very often, because being new usually means the design has rough edges or the content is too alien for people. Dante’s Inferno gets top marks for having the audacity to focus on creating an artistic space instead of a spiffy plot or anything but familiar gameplay. Others get credit for sticking to their guns, trying to tell a truly deep story, or being boldly fun. To this day, Rogue Warrior is the funniest videogame I have ever played.”
—L.B. Jeffries

“Critics gave some awfully high grades to some games I just didn’t get, like Bayonetta, Heavy Rain, and Alan Wake. Heavy Rain, in particular, is bewildering: Its cinematic aspirations are undermined at every turn by its preposterous story, laughable dialogue, creepy animation,  and desultory voice acting. If this is the future of games, I want nothing to do with it.”
—Lou Kesten

“Leave Home, though it came out in December 2009, spoke to me most forcefully in 2010, with nothing but its shape—a taut, twittering screen of ups and downs and pretzel-shaped dynamics, R-Type strapped to an artificial brain. Super Meat Boy felt like a work of art, not for its remarkable quality, but for its deliberate formalism, which—with clarity rare in any form—responded to gaming’s own history. And Costume Quest saw that such adult concerns could pale alongside those of a child caught in a moment. Why has this idea been worked over in contemporary literature and film, yet mostly overlooked in videogames, where an adult can play before having to think too much about it?”
—Ryan Kuo

“Space Funeral is pure atmosphere. The game’s basic grammar is that of 16-bit JRPGs, but it’s the unsettling touches to the genre that put it on my list, even if the game is flawed. The landscape is grotesque purples and pastel greens. Blood drips off of everything. Everybody speaks in Lynchian riddles. The protagonist is constantly weeping. ’70s Japanese noise rock floats around as you walk. It sticks with you.

“Digital: A Love Story tries a different tact, using the familiar desktop interface to transport the player to 1988. This really isn’t the forum to go on and on about it, because its best moments play off the unexpected, but know this: For months after playing I told everybody I knew with even a passing interest in games to try Digital out. So here’s me doing that again.

“Recettear: An Item Shop’s Tale is amazing because it takes the 16-bit JRPG and decides to have you play a bit character running a shop. That it’s so committed to the idea (if you haggle well, you can get a score combo!) makes it all the more endearing.

“VVVVVV is here because when game design is taught in most universities, VVVVVV will be on every syllabus.

“And Desktop Dungeons is on here because when I went to write this, I decided to play a few rounds and then it was 1:30 a.m.”
—Filipe Salgado

Click to see the voters and their ballots, or read the full results.  Questions? Drop us a line at highscores@killscreenmagazine.com.

High Scores was edited by Chris Dahlen, Ryan Kuo, Jamin Brophy-Warren, and Lana Polansky, designed by Jeremy Borthwick and David Boni, developed by Tom Clancy, and blessed with the title wrangling of Cheyenne Wright and the expert consultation of Catherine Lewis. Photo by mbiebusch. Questions? Complaints? Shoot us a line at highscores@killscreenmagazine.com.