Every year since 2008, XXL magazine has released their Freshman 10—a handful of emcees, at varying stages in their career, who they’ve dubbed to be on the rise. It’s a nice idea and it’s given early nods to people like YG and Kendrick Lamar, but it’s also been criticized for picking established no-names, such as Papoose, who had been churning out “hot shit” mixtapes for half a decade already, and people like a post-“Hands on the Wheel” Schoolboy Q, who in 2013 almost felt like a retroactive co-sign. The suspicion is that the picks are equal parts commercial and artistic, or at least the product of some serious behind-the-scenes maneuvering. 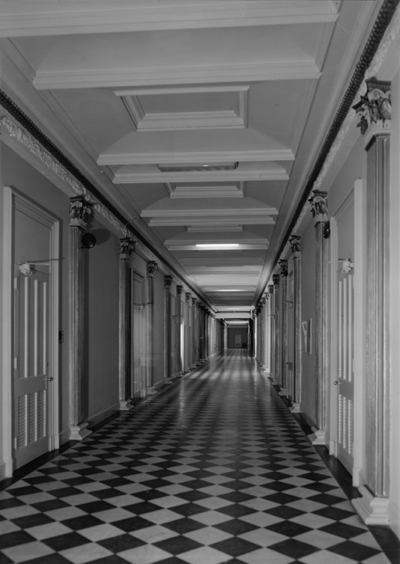 So when we started talking about gathering up a handful of young game designers and interactive artists we found interesting, we had a handful of loose criteria, based as a reaction on the Freshman 10 model as well as the various “30 under 30” featurettes that shitty local biz mags produce. First, we couldn’t pick people XXL already had, which disappointed me until I discovered that Rich Homie Quan has not designed any videogames. Second, we wanted people who weren’t over-exposed, and who seem to still be barreling toward new things. We love, say, Simogo, but they already have a bona fide masterpiece in Device 6. There’s a sense of energy before that stage that’s worth pinpointing.

And our final criteria was that we needed to be genuinely thrilled and challenged by the artists assembled. We wanted people whose work didn’t slot together neatly into scenes or trends; work that didn’t conform but challenge; work that managed to evade easy description while still casting light on new areas, new disciplines, new influences. Work that in its own way kicked open a door, somewhere in the back of the hall. We have ten features this week on ten artists, and each of the stories could’ve gone in ten different ways. Shadow of Mordor is a fine game, or whatever, but there’s only one or two ways to talk about it. We want more.

This, I think, is the unifying thread of these disparate game-makers and destroyers: that they each in their way push the conversation about the medium forward. These works all demand a deeper interrogation than words like “immersion” or “fun,” even as they are (indeed!) immersive and fun. Some of them dramatically challenge the hegemony of videogame aesthetics; others ignore that lore entirely, reaching out to literature and film and the language of dreams. There is also a videogame about piss, and one about pizza. Many of these releases were scratched out, like itches that needed to be dealt with; some of them just emerged on Twitter in the dead of night.

They push the conversation about the medium forward.

In short, these are artists that defy the status quo. And that’s a good thing. We do not live in a time to stand still.