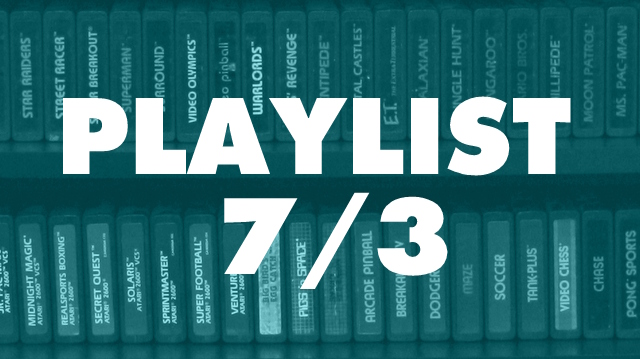 Who says style over substance is a bad thing? Take LIMBO, the trial-and-error platformer known for its many glorious deaths. The creepy teddy bear mood—accentuated by rather dark portrayals of construction zone accidents and pratfalls onto buzz saws—is what you’re here for. Pushing crates, a distant third. But unlucky for your kid avatar, the balance is perfect.

Perfect for deranged little sisters. (Not perfect for: those who were once terrified to be alone in a room with Teddy Ruxpin, spider-phobes)

Perfect for savage detectives, cool jazz, the inevitable sequel Layton: The Man with the Golden Arm.

Hotline Miami was always meant to be held on the subway, while the crush of humanity squeezes your last nerve, pushing you to inevitable madness. When you’ve reached your breaking point and question the pulsing veins in a commuter’s neck, look down at your Vita. And pull the trigger.