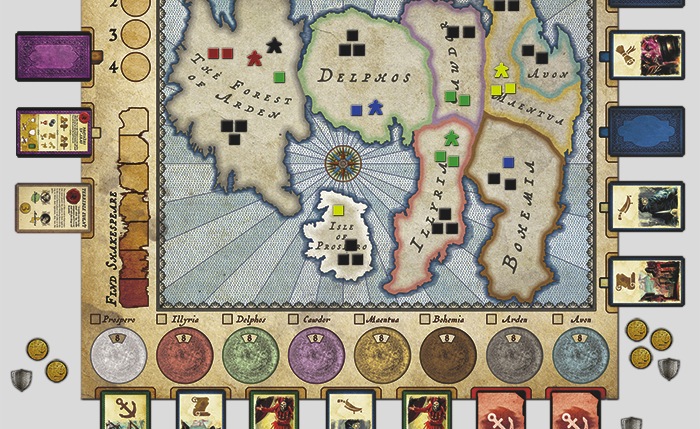 Even if you managed to sleep your way through your sophomore year, you know the story of Macbeth. The Thane of Glamis meets some witches, hallucinates about seeing a bloody dagger, kills his boss, and develops obsessive compulsive disorder.

Well, Kill Shakespeare has nothing to do with any of that. Instead, it focuses on a military insurrection against King Macbeth and various other villains by other famous heroes from Shakespeare’s canon, with a semi-cooperative campaign in which you and friends vow to protect none other than William Shakespeare himself from his own mad character’s wrath. Either these guys didn’t do too hot in English class or they’re on some next-level deconstructionist shit.

The game is currently being pitched on Kickstarter, having already reached its funding, but still has stretch goals.