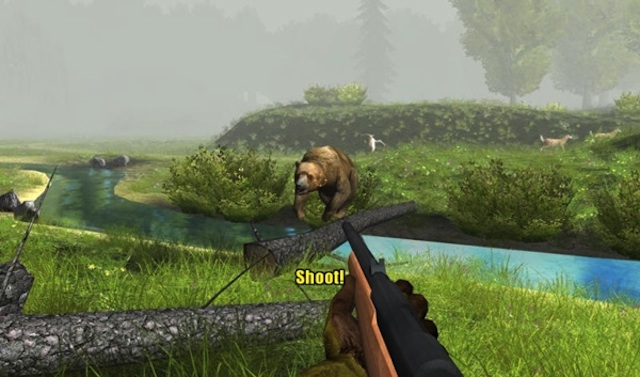 Videogames are unique in the world of entertainment for the sheer number of things you’re allowed to kill under the guise that it’s all an elaborate flight of fancy. The peculiar embrace of male chauvinism in Batman: Arkham City came across to many as a far-too-real depiction of violence against women. Another aspect of game violence that has always been treated with a bizarre flippancy rests in the zoological realm. As in life, animals are often the forgotten or comic objects of violence, only made apparent by sporadic and annoying protests by PETA. I looked back at some of my favorite recent games and was dismayed with what I found.

In a story replete with some of the most gory and imaginative decapitations since Mortal Kombat, it shouldn’t come as a surprise that Kratos doesn’t have much regard for animal life. This puzzle requires you to kick dogs (dogs from hell, to be fair) out of a room to depress a pressure plate. God of War III begins and ends with Kratos tearing apart Gaia, the mythic incarnation of the natural world; and this is what makes him so provocative—a force of anger so powerful it can bend the environment and any creature within it to his will.

Crawling through the sewers to avoid detection by the vaguely Middle Eastern enemy above, you encounter a rat. It’s always scary to see just how close rats will get to you in the New York City subway, as if the two of you are actually commuting together. And here the animal actually outs you to the terrorists above. So you knife it and toss it aside. So much for being good neighbors.

Super Mario 3D Land attracted the attention of the PR-happy arm of PETA with a gruesome and darkly humorous Mario Kills Tanooki game. As with Cooking Mama: Mama Kills Animals before it, PETA’s aim is to peel back the cutesy veneer of these games to show the bloody entrails underneath. The concern with Mario is about representation: there’s really little difference between Mario in a tanooki suit and film stars wearing fur.

Blizzard carries a strong environmental theme through its games. Warcraft 3’s final battle takes place at the foot of the world’s largest tree, the enemy posing an ecological menace to the roots holding the universe together. The demons in Diablo and the Zerg in StarCraft pose the same ultimate threat: Their very presence blights the land and saps everything of life. So why does the company balance such weighty themes with exploding sheep?

Post-apocalyptic stories often put the protagonist in a friendship with a canine companion, as if to reflect their desperation when the rest of the world is gone. Finding Dogmeat in the original Fallout was one of the most touching and intimate relationships with an animal I’ve ever encountered. His almost inevitable death is as heartbreaking as Tom Hanks letting go of Wilson in Cast Away, or Will Smith losing Sam in I Am Legend. But Fallout 3 is a big, open world, and some people can have their fun in a totally different way than I could stomach. This video illustrates the dilemma of the open world: With infinite room for exploration comes the ability to beat a dog for fun.

Skyrim is a world with infinite possibilities. If you want to chop wood for eight hours, five days a week, go ahead. If you want to undergo a Jainistic spiritual quest for nonviolence in a world full of antagonism, you can try. This overwhelming sense of openness pervades every level of the game world, down to the question of what you want to eat. It’s probably the first videogame where you can choose to be vegan. In true Skyrim fashion, the game lets you escape its own animal violence.

Like the Rottweilers in Quake and Castle Wolfenstein, the dog is placed here to dehumanize the enemy—to justify killing a people so depraved that they would brainwash their own dogs into sputtering, nearly rabid, sets of fur and teeth. Killing them almost comes across as an act of mercy, until you take a step back and realize what you’re doing.

Deer Drive plays like a cruel joke—what Northeastern liberals probably imagine going through the heads of NRA gun-nuts as they rally against stampeding hordes of vicious animals and angry minorities. As the primary unit of competition in games, killing is supposed to be fun, but notsofun that you lose sight of what you’re doing. The fact that Deer Drive gleefully shouts “lung shot!” or (even worse) “heart shot!” whenever you puncture an animal in the right place might explain why this didn’t become a title for the ages.

Of all the animals I can think of, spiders are the easiest to stomach as an enemy. The long, hairy legs and countless beady eyes describe something so alien that xenophobic violence is not just warranted, it’s necessary. The Corpsers in Gears of War play an integral part in its species narrative about confronting the other. The sullen and beefy Cog soldiers you steer are often hard to distinguish from the equally sullen and beefy Locust grunts that attack you. Corpsers remind you there is something alien and discomforting about the other people.

I should probably admit that I’m a big animal person. But is it so much to ask for a game that doesn’t treat animals the way they are so often treated in real life (indespensable) without devolving into the odd cutesiness of Cat Chat and My Horse? Games already ask you to form relationships with animate but inhuman objects, after all. So why aren’t there more Dogmeats? Forget another pet simulation or a fantasy RPG with a forgettable horse, I just want to play something like Turner and Hooch.