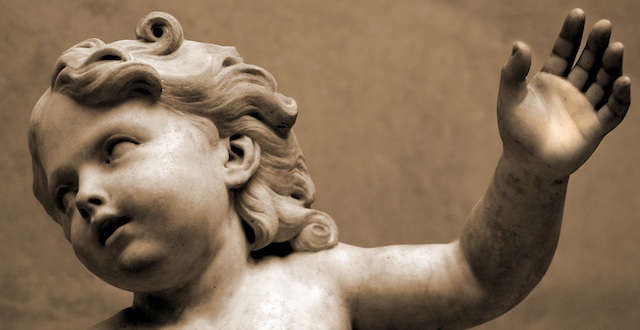 Few have had as varied a career in the game industry as Jennifer Estaris. Currently a designer of alternate reality games and experiences at Total Immersion, she has found herself working on games for casual adult audiences, massively multiplayer online players, and games for kids. Having just moved to Total Immersion from Nickelodeon games, she spoke with us about what it’s like to design for children, and how we can learn from kids about games and play in general.

What games, specifically, did you work on while you were at Nickelodeon games?

I had two lives at Nickelodeon. The second life, I worked on Petpet Park, which was kind of a spinoff of Neopets, an MMO, free to play. And then at Nick Jr. I did a lot of the little kids’ games—the [web-based] Dora/Diego games. Virtual babysitters, in a way.

Did you enjoy these television shows to begin with? Were these things you had an appreciation for? Or was it something you had to learn to enjoy?

I like anything that makes me laugh and smile, and it’s hard to find kids’ things that don’t. Before I came onboard I had to watch all however million seasons they had, all in one go. Basically it’s like being in an arranged marriage. You fall in love after you learn more about them. I have trouble watching a kids’ show and not enjoying it.

How did you capture the essence of those shows, gameplay-wise?

Well, there are many ways of doing this. Either you are exposed to kids, or you watch kids play and playtest and you see how they’re reacting. It’s almost like being a cultural anthropologist. There’s also the idea of trying to reach down into your inner child and remembering who that was. Having a vivid memory of my childhood, even dreams that I had, made it easy for me to go back into that place and remember what my sense of humor was at that time.

What were some of those dreams?

Your typical fear of parents, but even just things like “I’m trying to understand what this moment was during my day, and here I am in my dream trying to reinterpret that situation.” Your typical childhood falling dream.

I don’t know why, but I had a continuous dream of my mom feeding me steak. Now I don’t eat meat. I feel like that’s related somehow.

“They will search for it and even if it’s not something you intend to give them, they will find it.”

Did you find it was easier to get a kid to embrace an idea without having to sell it?

I think a kid will look for “How will this entertain me?” They will search for it and even if it’s not something you intend to give them, they will find it.

We made this game at Nickelodeon that was a turtle swimming through the ocean and you had to click on the jellyfish to get it to eat the jellyfish. And you get points for that. It was kind of an ecologically minded game, and some of the obstacles were Coke can rings, trash, and discarded balloons. If the turtle ate that, in the game he would do this choke thing and look at the user like, “Why are you doing this to me?”

The kids would see that and laugh. All they would do was find those obstacles and make the turtle eat them. But, hey, if the kid’s having fun doing that, then that’s enough. We ended up changing it so that getting the jellyfish was a little bit more entertaining than killing the turtle, but as long as there’s some avenue of play, you want to make your game appeal to different play styles.

Were you present at this playtesting?

Oh yeah. That was my first exposure to anything under 8 [years old]. It’s like anything under 8, those kids are on drugs. They’re not on drugs, but it’s like their world is so much different.

I mean, with every playtesting session you’re trying to understand what it is they’re actually saying. Some of them won’t even talk, but you know a game is good when you say “Okay, playtesting session’s over!” and they don’t want to leave, and they get mad at you if you try to take them away.

It seems like kids might not want to talk, but they would be more truthful in some ways than adults.

I think we get more game-design ideas out of them than we do with adults. Adults might have some ideas but they’re mired in what they already know, what they know in other games, and what they’re accustomed to; whereas kids will take it and just come up with the wildest ideas.

Most of the time when I’ve had playtests with older audiences and I say, “Do you have any ideas? Do you have any feedback?” they don’t really say much. But if you ask a kid, they’re going to be like, “Well, why don’t you make the dog a cat?” They’ll say something that, in the end, does make sense. You just have to find out, “Why are they saying this? Oh, it’s because they want an option of who they can play.”

Is designing a kids’ game, for you, not enough to just distract them from being a pain to the parents?

I don’t even know if it’s enough for the kid, or enough for a human being, to have an empty experience. I think they may want an empty experience to interrupt their very meaningful lives, but I think that in the back of their minds they are searching for something… more. Or, if they’re not searching for something, they’re open to it, so why not insert some morality or insert some education while they’re there? Let’s mold these brains into what we want them to be.

So you worked on adult games before you started working at Nickelodeon, right?

I did. I started off in casual games. Then I went to adult games for a little bit. Then I went back to casual children’s games.

Now I’m working at an augmented reality company, and we’re looking at some games and experiences for both a casual and a hardcore audience. But, like making games for kids, this AR arena is somewhere where people aren’t sure how to play yet or what to expect. They don’t know the rules. Sometimes we don’t know the rules, but it makes them more open to things. There is no set pattern to follow. So, in a way, it’s like designing for children.

“Or, if they’re not searching for something, they’re open to it, so why not insert some morality or insert some education while they’re there?”

When you were making children’s games, you had a tendency to make cartoonish graphics and concepts and such. Do you find that you have to shift to more real-world ideas?

My understanding of child psychology and education is not as broad as others’, but kids seek out patterns and icons in the familiar, and cartoons provide that; whereas something in 3D might be too much for them to understand and comprehend. It’s like the world of the symbol makes things feel safe.

I think with AR it’s the same thing. We want players to feel safe by providing them with an experience that will make them feel like, “This is familiar to me because I played another game before,” or “This is familiar to me because I recognize the characters.” At the same time, we also want to bring the idea of fantasy and that cartoon look into their reality. So this kind of experience can be for a broad audience.

Do you think there is more creativity involved in these games?

What kind of surprises?

I don’t know how much I can talk about it, but one of the games we’re working on, you’re basically playing on your face. The playing field is your face. So there’s a surprise element to it. You don’t expect that and you’re not really sure how to react to that, but that’s almost enough to intrigue you. That’s why playtesting for these games has been so difficult. Players are still so surprised when we ask them their thoughts on the game, they can’t articulate what they think.

That’s a good thing and a negative thing, getting people to think about “Well, what’s the actual mechanic here?” Getting them to forget the surprise. What’s wonderful about surprise is that you’re going back to that childlike feeling. When you’re a child, you’re going through life and almost everything is a surprise, like an ice cream flavor you’ve never had before. Every day is a surprise, and you’re brought back to that moment. For developing AR games, it’s about finding the right surprise that’s the biggest bang for your buck, that lets people be curious in the right way.