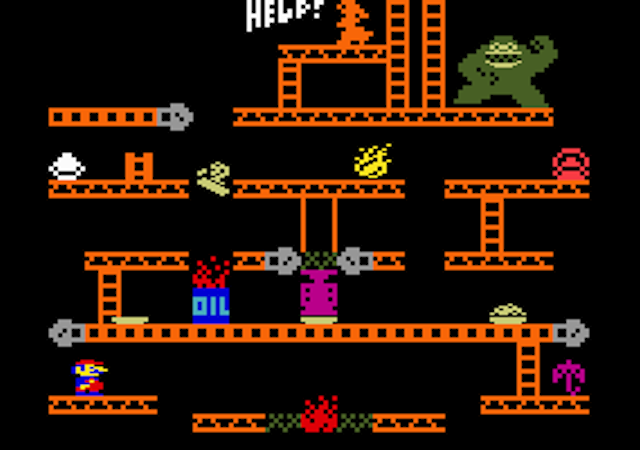 Motherboard has put together a fantastic mini-documentary called The New Kings of Kong, filmed last month in Denver, Colorado, at The Kong Off 3. The heroes and villains from the 2007 feature-length Donkey Kong championship documentary are a distant memory. The diabolical Billy Mitchell and the good-hearted Steve Wiebe have been replaced by the new kings, if that wasn’t already apparent.

Allow me to introduce you to the new guys. The current world-record holder is a middle-aged plastic surgeon from Queens. The challenger is  a younger weightlifter who does front clap pushups and wants “to beat the crap out of the Donkey Kong machine.” Truth be told, the two don’t seem to foster the same bitter animosity that was oozing from A Fistful of Quarters, but twenty straight hours of barrel-crushing tragedy has been known to bring out the worst in a man.

And watch the original in all its hammer-pounding glory: