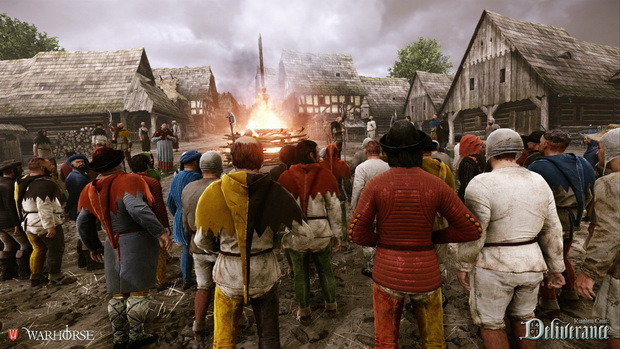 When it comes to big open-world games, size matters. That’s why we typically don’t see on Kickstarter games with the span of Kingdom Come: Deliverance, the medieval open-world RPG that will feature around thirty hours and 3.5 square miles of horseback riding, crusades, smithing, and historical slaughter. And that, my friends, is just the introductory chapter.

Although Warhorse Studios from my count is an 18-man-and-woman Czechoslovakian wrecking crew with one fierce-looking bull terrier, they’re still a tiny studio to be undertaking a game of this magnitude. A lot of Kickstarter projects have struggled to produce games with girth, with games like The Banner Saga and Shadowrun Returns tapping out early. It’s not that we need games that are longwinded and packed with bullshit, but open-world games are about exploring expansive cities and wilderness. The Kickstarter page indicates they want the game to be large, but refined. Here’s hoping they nail it.