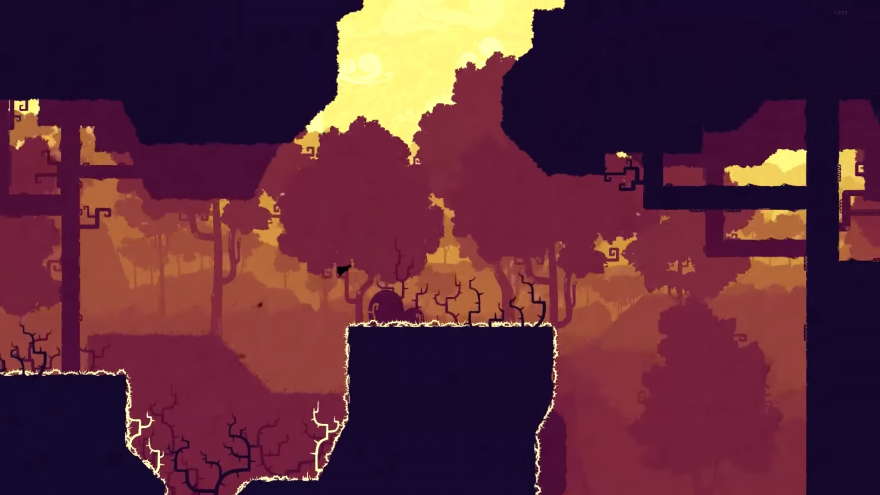 The feeling of movement is arguably the most important thing in a platformer. Super Meat Boy’s outrageous complexity might not be as engaging if its hero weren’t so smoothly controlled, and Thomas Was Alone was granted mounds more character by the sheer perfection of its jump button alone.

“a strong focus on the beauty of movement and nature”

That said, there aren’t enough side-scrollers that can set aside the traditional puzzling or platforming associated with the structure and just focus on making the movement itself at the core of the experience. If its new trailer is anything to go off of, then The King’s Bird (a self-described “air parkour” game) seeks to do exactly that.

Vast stretches of levels in The King’s Bird look specifically designed to glide over and under in one graceful, wind-swept swoop. Whether through mossy jungles, dusk-reddened forests, or deep valleys carpeted in thorny underbrush, the movement of both running and flying looks fluid and fun.

According to its website, The King’s Bird is driven by “a strong focus on the beauty of movement and nature,” and aims to deliver precision-based platforming rooted in accessibility. Besides a few story bits hinting at a land full of “mystical birds” and ruled by a “dictatorial king,” there isn’t much else known about The King’s Bird. But what we can see is enough to keep us enticed.

The King’s Bird is planned for PC and Mac and will be playable at PAX Prime 2015. Keep up with it on its website.