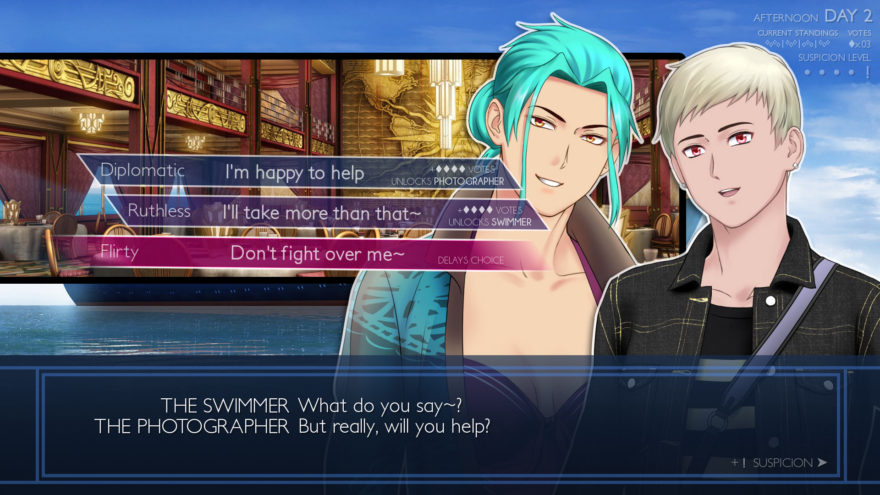 This is exciting: Ladykiller in a Bind is out now on Windows, Mac, and Linux. You’ll find the visual novel—by Analogue: A Hate Story (2012) creator Love Conquers All Games—on the Humble Bundle store. For now, Valve deemed the game too sexy for Steam, but writer Christine Love hopes to get it on there one day.

“The lead up [to Ladykiller in a Bind’s release] was harrowing, honestly,” Love said. “Especially in the last week, there were a lot of hard decisions about how we were going to make the deadline. I think in a week I’ll be calmer about it all, but right now, it’s hard to not be terrified about how people will feel about it. I’ve only been anxiously awaiting this day for years!”

Many of the other characters are extremely kissable

Two central romantic paths are available in Ladykiller in a Bind, but many of the other characters are extremely kissable. And they’re all important in navigating the complex social structure of the game without spilling your secret. So, as the Beast, who will you choose to help you through the cruise? The Beauty or the Stalker?

Ladykiller in a Bind is available for $30 on the Humble Bundle store.