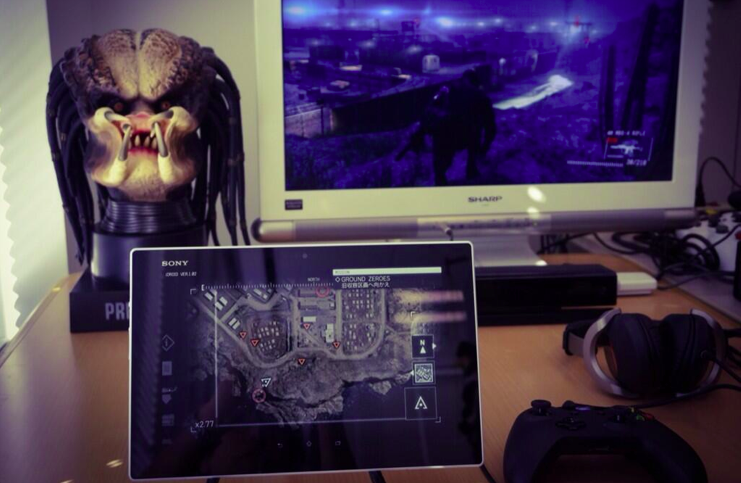 Yesterday Hideo Kojima tweeted a few pictures showing off Metal Gear Solid 5’s second-screen functionality, which puts to use that expensive tablet you bought. It displays the map from the game, and it also shows Snake’s “iDroid,” which apparently is his celly, so you don’t have to pull up a menu while riding horseback across the desert. No word on a mobile app. Still, all this is super-duper neat.

But what the hell is that sitting behind the tablet on his desk? Why, it looks like a grotesque, true-to-life bust of a Predator, which Kojima is clearly proud of, as he lifts the mask in the second shot. And who wouldn’t be? Just look at those grizzly fangs all twisted up and snarling in a way not even a mother could love. Who cares about when the game is coming out anymore. Where do you get that bust?