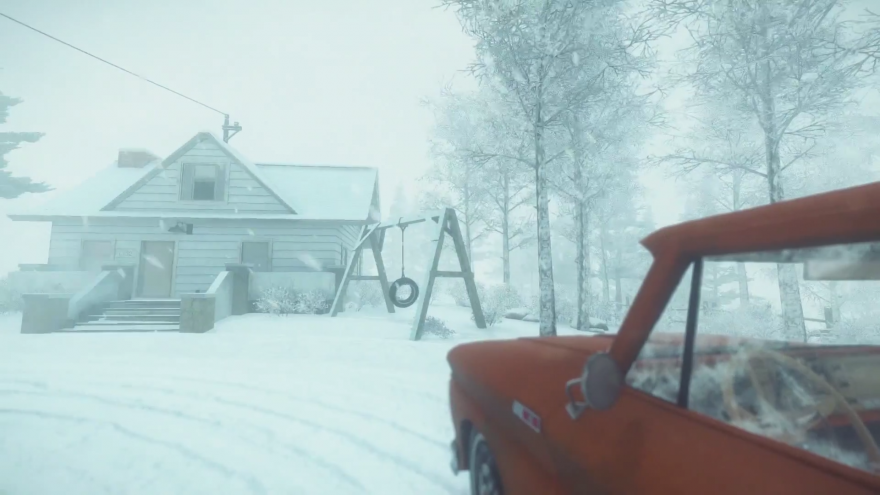 The most striking thing about the new trailer for Kôna, an upcoming surreal mystery game from Parabole, is its narration. It has this really odd, stilted intonation that I can’t quite place; the boom and quirk of old timey radio announcer meets the uncanny poetry of The Residents.

Whatever it is, I like it. It sets such a strange tone for the rest of the video, which is just as good: as we learn from our dramatic narrator, you play as a Korean War veteran named Carl Faubert who ventures into the Northern Canadian wilderness to investigate a bout of vandalism. The narrator speaks about Faubert’s cynicism and the troubling situation he’s found himself in over shots of a snowstruck wilderness and a seemingly abandoned town.

The trailer ends on a proverb that Carl recalls a man from Seoul repeating: “In times of peace, don’t forget danger.”

when he arrives in the town, it’s mysteriously empty

We learn more about the circumstances of Carl’s journey on Kôna’s official website.

The year is 1970. A rich industrialist named W. Hamilton is accused of destroying land belonging to the local Cree population, while Hamilton believes the Cree have vandalized his summer home. Carl, who works as a private detective, is hired to sort things out, but when he arrives in the town, it’s mysteriously empty.

The reason is unknown, but Kôna’s Steam Greenlight page does mention the presence of a Wendigo. The creators insist it will not be the source of “useless jump scares,” but either way, I hope it’s at least designed more interestingly than the ones in Until Dawn.

Kôna is said to blend elements of survival games with the puzzling and storytelling of classic adventure games. Each of its planned four episodes will last about one to two hours, with its debut episode set for January 2016.

Learn more about Kôna on its official website and Steam Greenlight.