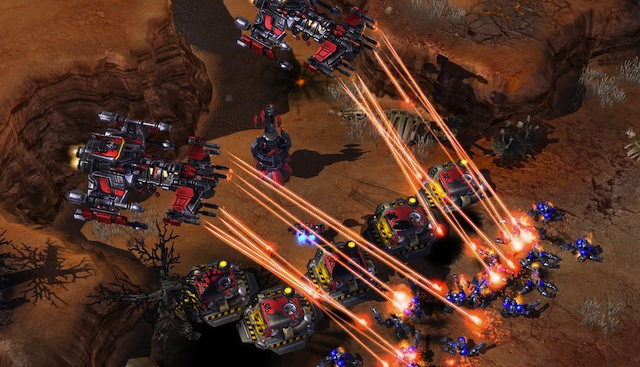 It almost goes without saying, but Koreans are really, really amazing at StarCraft 2. They’re so good that Blizzard feels compelled to give Korean pros an extra incentive. The Global StarCraft League will be offering more prize money to players competing in the Korean division, while those outside of Korea will play for a lesser sum. This is because of, according to the battle.net blog, “the added challenge of competing in the region,” like, you know, playing against so many aggressive and lightning-fast StarCraft 2 players.

Koreans exert a dominance over the StarCraft 2 scene the way Kenyans dominate at Olympic running. When it comes to World Championships, Koreans win them almost every single year. How did a group of computer users from this one little peninsula become so much better than everyone else? When sociologists asked a similar question about Kenyans and why they tend naturally trump the rest of the world at running, it came down to a combination of genetics and culture. Kenyans’ ankles are narrow, and they just run everywhere.

It seems that Korean players are in the right place at the right time. The leading technological country is the perfect backdrop for practicing a game where the speed of play approaches ten moves a second. South Korea is the world leader when it comes to internet penetration and speed, with broadband penetration at 98 percent. 73 percent of Koreans use smart phones. The New Yorker described Seoul as “to high-tech wizardry as Milan is to fashion… Everything seems a few seasons ahead.” It’s no wonder that the offspring of such a place possess the multitasking efficiency needed to kick our butts.