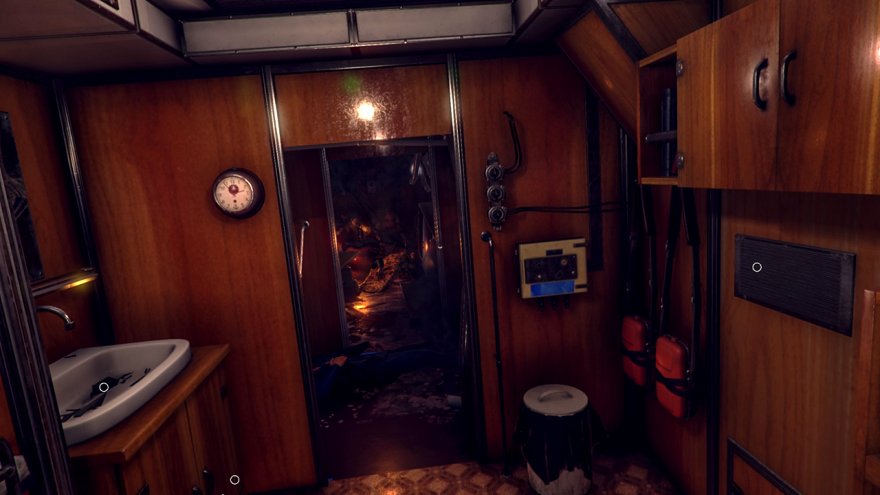 As a 6’7 (2m) man, the cramped quarters of submarines are anathema to me. So, when I saw the teaser for Jujubee Games Studio’s submarine survival game Kursk last year, it’s fair to say I was horrified, and more than a little uneasy. It wasn’t only due to the small virtual spaces of the game, either. To bring you up to speed: Kursk will explore the tragic story of the nuclear-powered submarine of the same name, which sank during a training exercise on August 12th, 2000 with all 118 crew members still on board. That’s some tricky subject matter.

Jujubee claims Kursk will be “the first proper adventure-documentary game in history,” with a plot based largely on known facts from the disaster. To this day, the exact reason the stricken submarine sank to the bottom of the Barents sea is unknown, but the game will center on offering players the chance to learn more about the vessel, which you can see in the newly released screenshots (which you can see above and below).

My worries that the game might appear callous were matched by a lot of those leaving comments on the teaser last year. Still, Jujubee was founded by veterans from CD Projekt RED, Traveller’s Tales, and Infinite Dreams, so it seemed worth giving the team the benefit of the doubt. But now we don’t need to merely hope that their sensitivities are in the right place, as last week it was announced that Kursk would be coming to Gamescom in Cologne, where it’ll be playable.

“The Gamescom showcase will be the first opportunity to check out the actual gameplay, visuals, and sounds from Kursk” said Michał Stępień, Jujubee’s CEO. “No one before (has) had a chance to see the game in motion.”

So yes, this is going to be the first time anyone gets to get their hands on Kursk. Hopefully, reports from Gamescom will reveal whether the studio has managed to take the appropriate steps to be respectful of the very real disaster they’re using for the focus of their game. Fingers crossed.

If you’re at Gamescom, you can check out Kursk all the way through the event in Hall 10, A-019. If you’re not at Gamescom, there’s an official site.