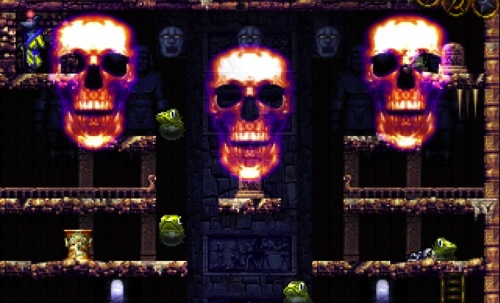 The original La-Mulana was super-difficult doujin-ware made by a group of hobbyists from Osaka in 2006. It was never intended for mass consumption, a lovingly made yet punishingly hard throwback to the days of retro gaming, when games were abstruse, and tip-lines and the playground were a poor-man’s substitute for Let’s Plays.

Well, now those hobbyists are going by NIGORO and are doing a sequel, La-Mulana 2: The 0th Body, The 9th Spirit, after the original found moderate success being remade on the PC and WiiWare last year. There’s also a Vita port in the works. We don’t know much except that you will be regularly banging your head against the wall as you whip-crack through archeological ruins as a female Indiana Jones. The Kickstarter just launched today and it’s already raked in plenty of dough.