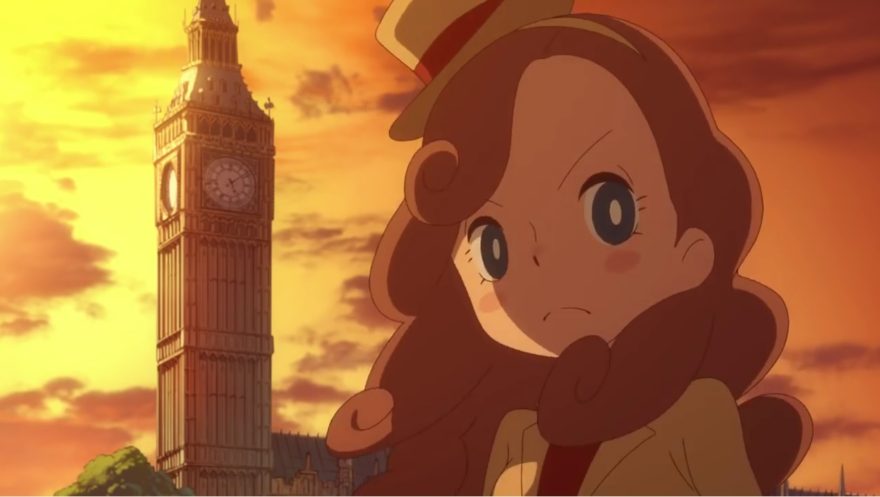 The Professor Layton series of puzzle-adventure games has always been about one man and his boy sidekick. But that’s changing. As Gematsu reports, Level-5 has announced what I suppose you can call a reboot of the series with Lady Layton: The Millionaire Ariadone’s Conspiracy. As the title alludes to, it’ll put you in the shoes of Katrielle “Kat” Layton, the titular professor’s daughter.

Taking place some years after the original series, the game starts with Kat attempting to track down her father, following in the Professor’s footsteps as she solves puzzles across London. Gradually, Kat begins to earn her own reputation as a detective with a knack for scientific and deductive reasoning. Case in point, a fan translation of the announcement trailer shows more of her skills in detail.

What’s surprising about this announcement is that it would have been so easy for Level-5 to go down the traditional route of turning Professor Layton’s long-time apprentice Luke Triton into the series’s new main character. It’s a fresh and unexpected turn, especially after Nintendo held firm with keeping the protagonist of the Legend of Zelda series male, despite a number of fans asking for a female main character for the next title in the series due out next year.


But the gender of the main characters isn’t the only significant change with Lady Layton. Turns out that Kat finds herself in a world where the Professor is a little older, Luke is absent, and a new set of characters—familiar with the Professor’s work, no doubt—are forced to work with her. Not to mention, Kat is confident, determined, witty, and charming. Through her, she presents an opportunity for players to rediscover Professor Layton’s world, expanding on Level-5’s London without straying too far from the original series.

Lady Layton will be out in Japan and the West in 2017. The game is slated for 3DS, iOS, and Android release. More information can be seen here on the official Japanese website.