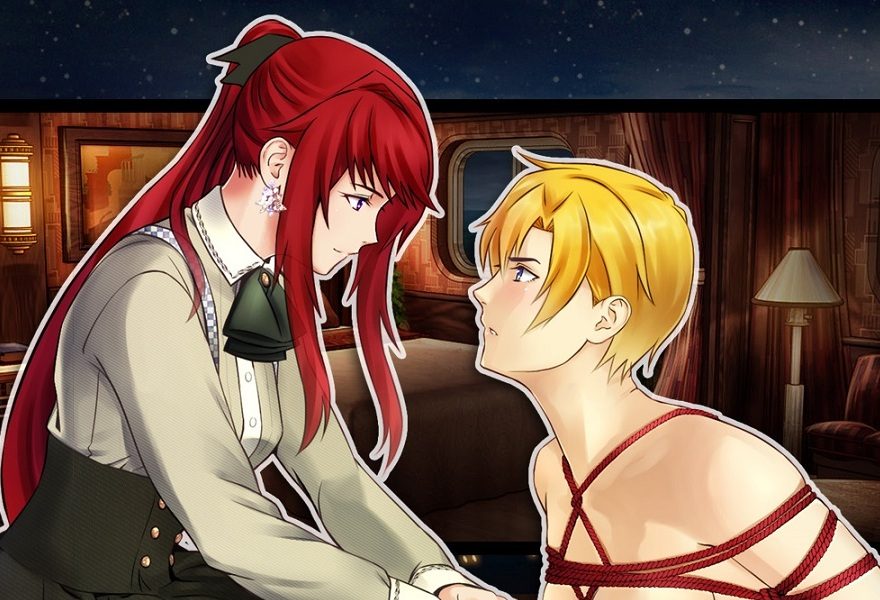 It’ll have you play as The Beast, “a super cool dyke with a sweet motorcycle and a reputation for being a ladykiller.” But The Beast herself is also playing her twin brother, The Prince. She’s crossdressing, pretending to be him on a post-graduation celebratory cruise with his classmates. Not only does she have to pretend to be someone else, but she has to do so with little knowledge of the person her brother truly is, and even less knowledge of the relationships he has with everyone on the cruise.

careful to put an emphasis on consent

You may think this is the bind referred to in the title, but you’d only be half right. The Beast’s greatest ally is also the source of the bigger bind. The Beauty is there to help you navigate this bizarre situation, for the price of playing the M to her S—that is the masochist to her sadist. Unlike many unfortunate popular depictions of BDSM, such as the infamous Fifty Shades of Grey (2011),  Ladykiller in a Bind is careful to put an emphasis on consent. The second line in the demo is, “If you use your safeword, we’ll pause and talk about it.”

The game also features a unique take on dialogue systems. While traditionally dialogue appears as options after an NPC is finished speaking, Ladykiller in a Bind has options appear throughout the conversation, as if they are popping into The Beast’s mind. If you don’t click on an option and instead go forward with what a character is saying to you, the options disappear after becoming irrelevant. In many ways, this more accurately mimics  conversations IRL, forcing the player to deliberate on whether or not she should say or do something. While staying silent may give you more information, you may also lose the chance to say anything at all.

The cast of characters in Ladykiller in a Bind promise thoughtful explorations of social structures, the gender spectrum, and sexuality. And, of course, plenty of kinky, consensual, lesbian sex.

Learn more about Ladykiller in a Bind and download the demo here.