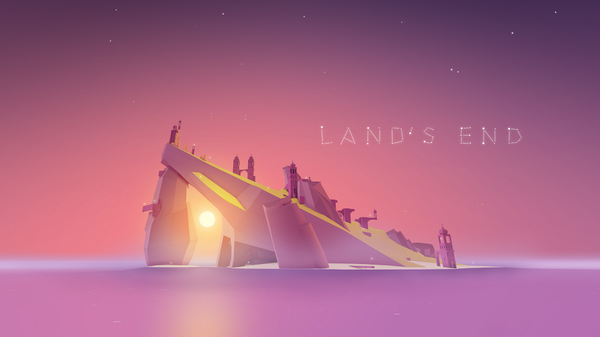 Ustwo’s Monument Valley is one of our favorite games of the year—a brief, interesting trip into a world that pulled liberally from Escher. Now the minds behind that game have revealed Land’s End, a self-described “surreal trip through an archipelago of forgotten worlds” that’s coming exclusively to Samsung’s newly announced Gear VR headset.

What the game will consist of is yet to be unveiled: however, given Monument Valley‘s attention to detail, one assumes ustwo will come up with something gorgeous to explore. When we talked to the team’s Ken Wong back in March, he said:

“All computer graphics are illusions. We discovered that a lot of the tricks we used to make Monument Valley were built into graphics systems all along. Escher’s work embraces art for what it is—representation. The way he shows that representation is false is the same way we deconstruct game spaces and game logic.”

That his game so elegantly espoused those same ideas showed they’re a talent to watch. It’ll be exciting to see what they make of VR.