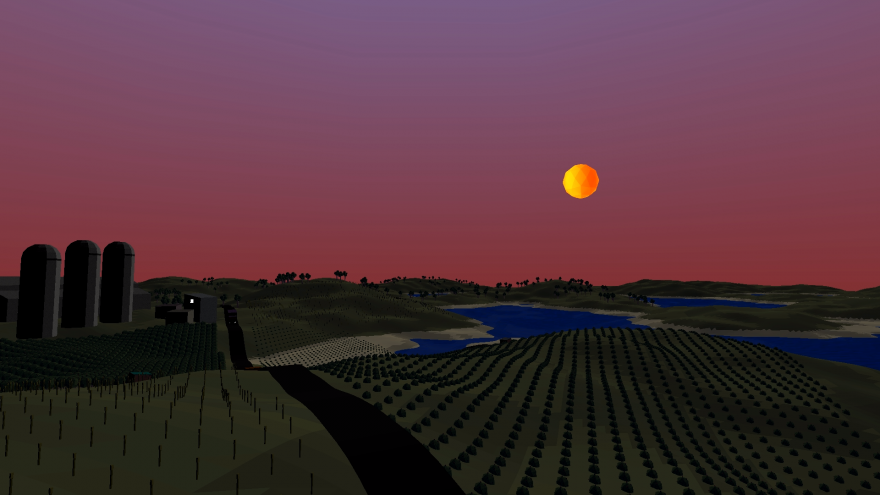 We are all low-poly before God and the free market. Polynomics is about the latter case, though the distinction is far from precise.

Slated for an initial release in early 2016, Polynomics is an economic simulator. You play as the federal government of an unnamed area, issuing a currency, collecting taxes, and enforcing laws. The non-player characters in this world, which might also be called citizens, are perfectly rational actors who seek to maximize their utility through each of their actions. The intersection of all these wants and needs with (your) government objectives can be a messy one, and Polynomics is interested in exploring the sorts of societies that can grow out of this messy confluence.

This line of study is not a game, per se. It is really a test of how certain economic ideas about human behavior respond to various stimuli. Play Polynomics millions of times and you might have some idea about how policies might work in something of a vacuum. In that respect, Polynomics’ low-poly aesthetic is in keeping with its worldview. This is but a rough sketch of a society, one without much room for romance and aesthetic pleasures.

Despite its more utilitarian—and arguably brutal—aesthetic, Polynomics is still indebted to city-building games such as Sim City or Cities: Skylines. Its primary purpose may be slightly different, but it shares these games’ basic structures and mechanics. Further blurring the lines between Polynomics and city-building games, The Guardian has been using Cities: Skylines to run a series of urban planning challenges. Environmental journalist Karl Mathiesen used the game in an attempt to build an even more environmentally friendly city than Copenhagen. “Eventually, I think I probably came out on a par with Copenhagen,” Mathiesen concluded. But he admitted to having a crucial advantage: “my city begins on unpopulated plain, with plentiful resources and open spaces to plan and craft the most efficient city possible.” As part of the same series, urban planner Finn Williams attempted to “build a post-growth city where the economy is based on social exchange rather than consumption.” This was a challenge because games like Cities: Skyline come with built-in assumptions about how planning and governance should work. Williams’ experiment was newsworthy in large part because it called into question the game’s foundational belief that growth is a necessary good.

Polynomics might allow the experiment itself to be the highlight.

Therein lies the difference between Polynomics and Cities: Skylines. The former is being built for economic experimentation. Its documentation declares: “Part of development has included the creation of a custom asset editor and it will be released as an open source project sometime in the near future.” This is no guarantee that Polynomics won’t turn out to have built in biases, but it is at least a positive development. Whereas the main story in Cities: Skylines‘s experiments tends to be the underlying mod, Polynomics might allow the experiment itself to be the highlight.

City-building games are appealing because they allow for a degree of experimentation that would not otherwise be possible. It takes years to build cities and see how they turn out. Moreover, experimentation on real people is ethically challenging. Games allow researchers to conduct safer, more ambitious versions of these experiments while also providing those who play them to have this fun. Balancing fun and experimental value is, however, something of a challenge. If nothing else, Polynomics should offer a different vision of how this balancing act should be performed.