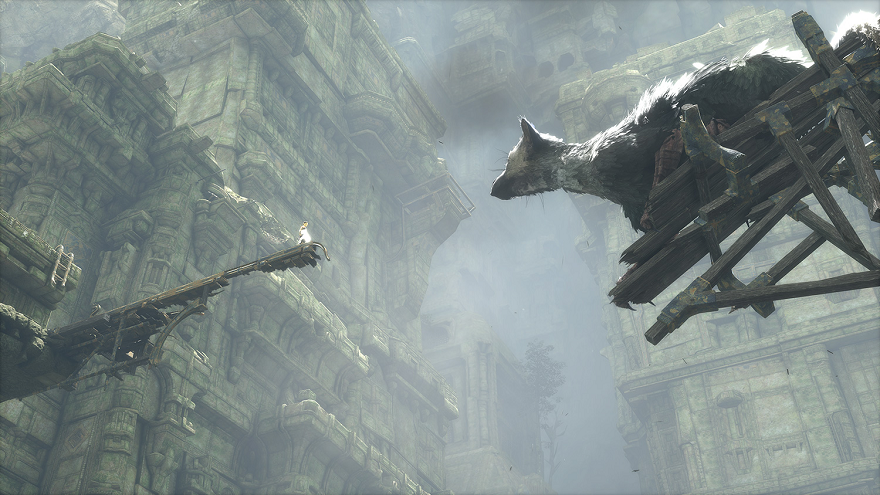 Some things in life are worth waiting for: slow-smoked barbecue, green lights, Godot. And now, after watching Sony’s 2015 E3 press event last night, I can say with unequivocal feels that The Last Guardian is one of them. If a picture is worth a thousand words, a video of a game in action, in videogame terms, is worth a million. Rather than debut another short blip, Sony cut to the chase and offered us a long, unbroken look at how the game might look in action, after more than half a decade of sweaty speculation.

Development on the game, however, had begun long before that—back in 2007. That’s right: director Fumito Ueda and his crew have been working on The Last Guardian for nearly ten years. It will have been nine when the game releases next year, assuming it does in fact come out. It’s hard not to be cynical, even fatalistic, after so many years of silence.

But who can argue with this trailer. Even if Hayao Miyazaki created his own adaptation of The NeverEnding Story, it couldn’t be any more lush, heartfelt, whimsical, and harrowing than this. Team Ico’s games have always mustered a wonderful sense of place and lifelike movement between the things that inhabit it. What the company has achieved in digital puppetry would have made even Jim Henson jealous.

It took Michelangelo four years to paint the Sistine Chapel ceiling. James Joyce spent seven years writing his modernist magnum opus, Ulysses. Will The Last Guardian be as significant or lasting as either of those? I mean, probably not. But for a medium in its infancy this is a new work by one of its most hallowed auteurs, which is worth caring about. Shadow of the Colossus almost convinced Roger Ebert that games could be art, after all. Or it could always turn out to be Ueda’s equivalent of The Other side of the Wind. Only time—yes, even more of it—will tell. Until then, you can delight in the rebirth of a dream that Team Ico apparently never stopped believing in.