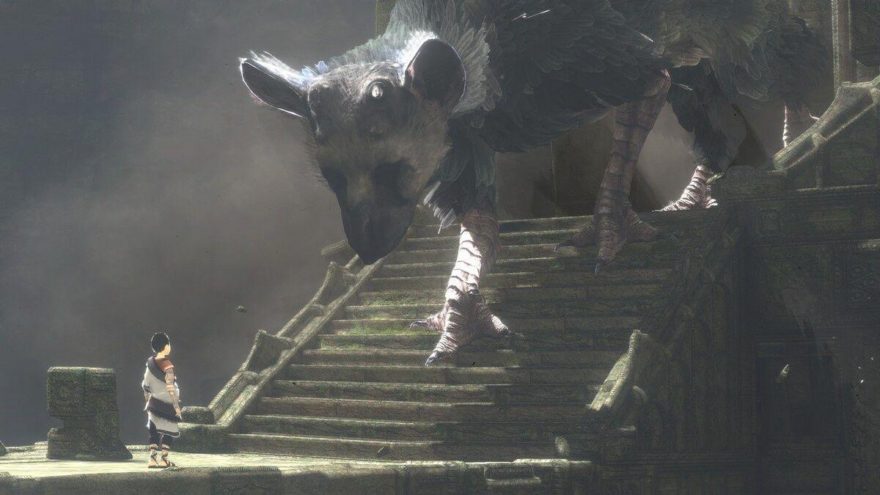 Three yards from the finish line, The Last Guardian has been delayed again. Put down your torch—it’s still within grasp. Just a bump from the end of October to the beginning of December, an amount of time that seems so puny at this point it barely feels worth getting upset about. It just means that The Last Guardian won’t be available before Halloween, before Thanksgiving, or before the US presidential election. Oddly enough, President Barack Obama was sworn in the same year that The Last Guardian was announced, mere months before. Of course, the game was being worked on before it was shown to the public, meaning that The Last Guardian’s development cycle will now overlap the entirety of Obama’s administration.

The Last Guardian has been delayed a fair number of times, and speculation that the project had been cancelled emerged when the game was unheard from in large pockets. Those rumors were further spurred in 2011 when Fumito Ueda, founder of Team Ico, departed Sony, though it would be revealed he had remained involved with the game. The Last Guardian was originally created for the PlayStation 3, some fans claiming that’s why they bought the system. At E3 2016 it was revealed to still be set for release, though coming to the PlayStation 4 instead, given that the platform had been on shelves for two and a half years at that point.

rumor spread that Jeff Goldblum had fallen to his death

A lot has happened during The Last Guardian’s development cycle. Starting with the contemporary cultural metric of time, celebrity deaths, we lost David Bowie and Prince, obviously, as well as Amy Winehouse, Robin Williams, Steve Jobs, Adam Yauch, Macho Man Randy Savage, and Michael Jackson. Jackson died three weeks after The Last Guardian was announced, the same day we lost Farrah Fawcett, the Mighty Puddy guy, and rumor spread that Jeff Goldblum had fallen to his death. Jeff Goldblum is, of course, fine, and went on to appear in nine films and a Broadway play since The Last Guardian was announced.

Muammar Gaddafi has since been killed, as the development of The Last Guardian also eclipses the Arab Spring which began in 2010. Bin Laden has been killed by US Navy SEALs between The Last Guardian’s announcement and now. There has even been a film adaptation of these incidents, Zero Dark Thirty (2012), created by Kathryn Bigelow. Zero Dark Thirty was nominated for best picture at the 2013 Academy Awards but did not win, unlike Bigelow’s previous film The Hurt Locker (2009), which was released into theaters the same month as The Last Guardian was announced.

The development of The Last Guardian has seen two Popes, Prince William’s wedding, massive information leaks from Julian Assange, Chelsea Manning, and later Edward Snowden, and even later after that the Panama Papers, the Occupy movement, the Tea Party movement, the BP Oil spill, the death of North Korean leader Kim Jong-il, and the instatement of his son Kim Jong-un, the withdrawing of American troops from Iraq, the rise of ISIS, the Rio, London, Vancouver, and Sochi Olympic Games, two World Cups, Conan losing The Tonight Show, eight Assassin’s Creed games and two US elections, the second in which Donald Trump has sought the White House.

So, yes, The Last Guardian will be out in December, but that’s fine. It’s taken an actual era otherwise.