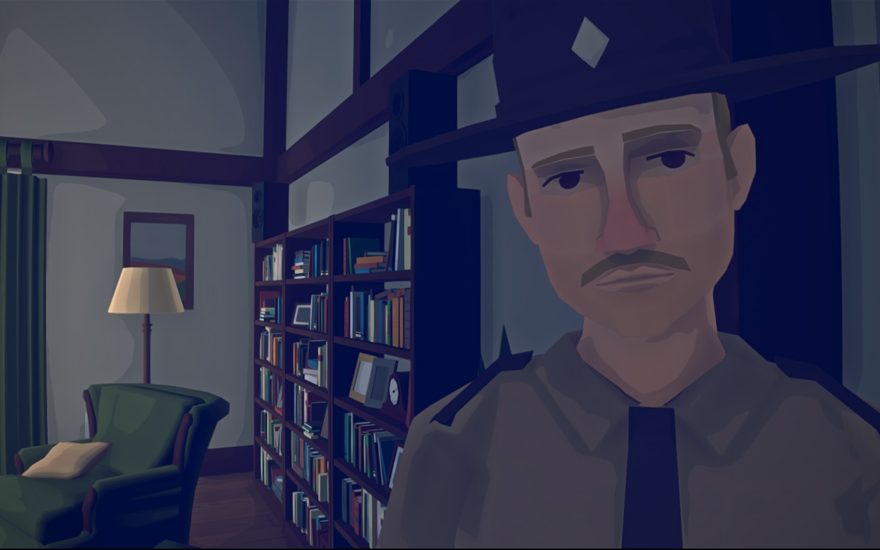 You could be forgiven for not hearing of Virginia before now. The first-person detective game—described by many as a mix of Twin Peaks, The X-Files, and Brendon Chung’s Thirty Flights of Loving (2012)—is something you probably want to be focusing your attention on right now, especially as it’s arrival is right around the corner.

Here’s the deets: Virginia is coming to Windows, Mac, Xbox One, and PlayStation 4 on September 22nd. That’s less than a month away. Maybe it’s time to get up to speed.

You can read our previous coverage of Virginia (here and here), and you can even download a demo now, but if you want the condensed version … you play as Anna Tarver, a recently-graduated FBI agent, and her partner special agent Maria Halperin. The pair of you arrive in Kingdom, Virginia to investigate the disappearance of a young boy and from there things get decidedly stranger.

It’s a love letter to TV shows that mix the wonderful and the mundane, and as the investigation takes on more avenues and things become steadily more sinister, you’ll be able to make choices and take actions that shape the two FBI agent’s lives, in addition to the town around them.

It sounds ambitious, and it’s possible that it sounds like the sort of choice-drive adventure game Telltale might put out. If that’s the case, then let me add another line in there: Virginia features no spoken dialogue at all. For audio, the game is relying largely on its score, which was recorded in Prague.

Right now, the team is just finishing up the editing stages, trimming the fat, and keeping the game as tight as possible. In a Kotaku article, developer Jonathan Burroughs expresses his desire for players to get through it in a single sitting, to binge the game like they would a Netflix series.

The comparison isn’t amiss, either, given how Virginia—like a number of Netflix series—has the feel of a ’90s TV show, even having a rural ’90s setting, but delivered two decades late and told via a different medium. If that sounds like your kind of bag then, again, keep your eyes affixed.

Virginia is coming to the Windows, Mac, Xbox One, and PS4 on September 22nd. There’s no price information yet, but there is Steam page with a demo.