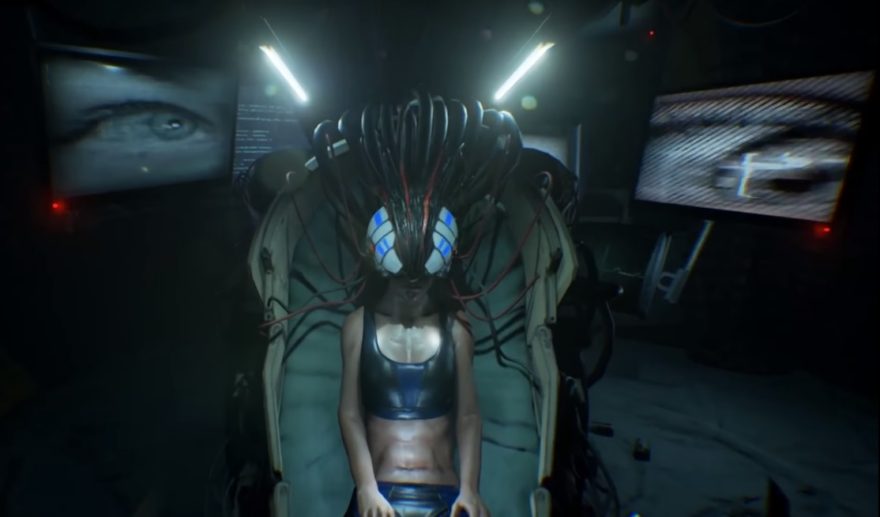 While Polish studio Bloober Team doesn’t have the most intimidating name in the world, their horror game released earlier this year, Layers of Fear, showed that they had a particular appetite for dread. Loaded as it was with Edgar Allan Poe clichés, Layers of Fear still hinted a certain mastery of perspective. The game’s strongest moments were when paintings and pedestrian items began to feel like instruments of a malicious trickster, a game where it felt like something was right behind you or crawling between the walls. Fear and its perceptions seem to be the driving force in their new and radically different looking game, Observer, announced during the PC Gaming Show at E3.

at the bane of a more postmodern and electric fiend

With the tagline “What would you do if your fears got hacked and used against you?” Observer seems like a game in a William Gibson world with cynicism exchanged for horror. A dark and sweaty apartment complex has its mouth full of cords and computer monitors, a black-and-white human eye gazing here and there having an unmistakable Gen-X, MTV vibe. Dazed and confused, the protagonist stumbles around the complex as, similar to Layers of Fear, the world transforms wildly around him.

Now instead of the work of disgruntled spirits, it feels like Observer’s hero is at the bane of a more postmodern and electric fiend. In its short demo footage, Observer also features what can only be described as the most impressive sad sack of disco lights I’ve ever seen in a videogame, a dead funk room I can imagine Thom Yorke excusing himself from.

The demo ends with the discovery of someone in nothing but gym clothes and a kind of cyber helmet, the main character calmly extending a wire from their arm into their head, suggesting we’ll be playing as someone who knows more than we will. In fact, they’re a member of a special police unit that hacks minds and memories.

Layers of Fear illustrated that Bloober Team enjoyed literary atmospheres much more than they may were able to craft a new one. Transferring some of that gothic loathing into a more sci-fi avenue could prove rewarding, so while there’s still little info on it, this makes Observer a game worth, uh, observing.