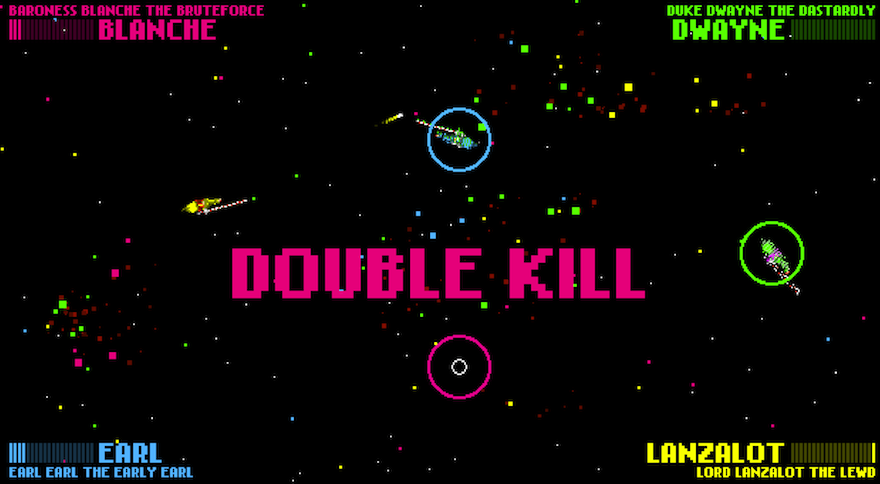 LAZA KNITEZ!! is the sweet-looking deathmatch in deep space that implores you to wreck your friends’ spaceships, courtesy a collective in Copenhagen. (Just a disclaimer up front: one of the devs is our very own Tommy Rouse, whose name you might remember from our fantastic Samurai Gunn review, and who I hear you don’t want to face in a showdown.) It turns out LAZA KNITEZ!! is similar to Samurai Gunn in a lot of ways, so maybe there’s some influence. Chiefly, it’s part of the shiny, new local multiplayer movement. it looks to capture that same giddy multiplayer magic of you and three amigos jostling for dominance in a wave pool of pixels where one hit kills. The game is out now and is an OUYA exclusive.