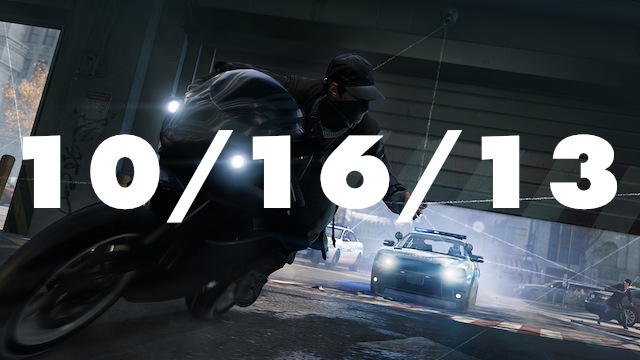 Looks like we’ll be waiting until sometime in 2014 to explore the atrocities of surveillance firsthand. Watch Dogs has been delayed.

League of Legends in incorporating a smart team-building feature into the incredibly popular esport. Never get stuck playing the middle lane again!

Double Fine pulled the curtains back on their Dwarf Fortress-inspired spacecraft sim. Is there any genre these guys won’t do?

If Salty Bet has been playing in an endless loop on your second screen since mid-August and you need a change of pace, check out Spelunky Roulette. Live-stream viewers bet on how the adorable little Spelunker will die.

An enlightening TED talk dissects with scientific rigor why playing games is good for the brain.

There is a game jam happening on a train. Pretty soon we’re going to run out of ideas for game jams.