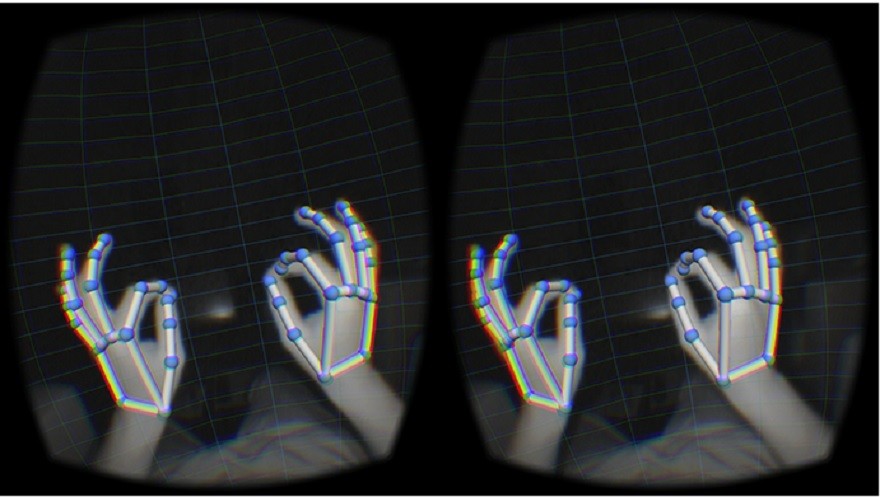 Leap Motion, the company behind the controller that allows users to control their Macs or PCs only by using hand motions, has decided to try its hand in Virtual Reality.

The controller can now be attached to VR headsets such as (but not exclusive to) the Oculus Rift with the help of the VR Developer Mount for $19.99. Placing the controller onto the headset itself allows for a larger field of view compared to the view of the Oculus Rift on its own.

The company also released a new API that lets those wearing the headset view raw infrared images that the controller captures. This feature makes switching from the virtual reality to the real world with ease, “so that you can quickly switch to the real world to take a sip of water, or escape from a survival horror game without tearing off the headset,” says head writer of Leap Motion, Alex Cogan.

In a blog explaining the company’s decision to explore VR, co-founder David Holz mentions a prototype sensor codenamed “Dragonfly” that will be able to easily blend environments seen in both the virtual and real world. The two realms will no longer be different entities, but a blended, single one.

Virtual Reality is still in a fledgling stage of development, but it has already proven itself incredibly resourceful in more ways that making atmospheric video games. Whether we’re using the tech to learn surgical procedures, to make cars drive on their own or to be circled and killed by a shark, it’s opening unexplored doors for people of different occupations. This technology sounds really useful, in other words, but in the right digital artist’s hands, it could be subverted to profoundly interesting ends.