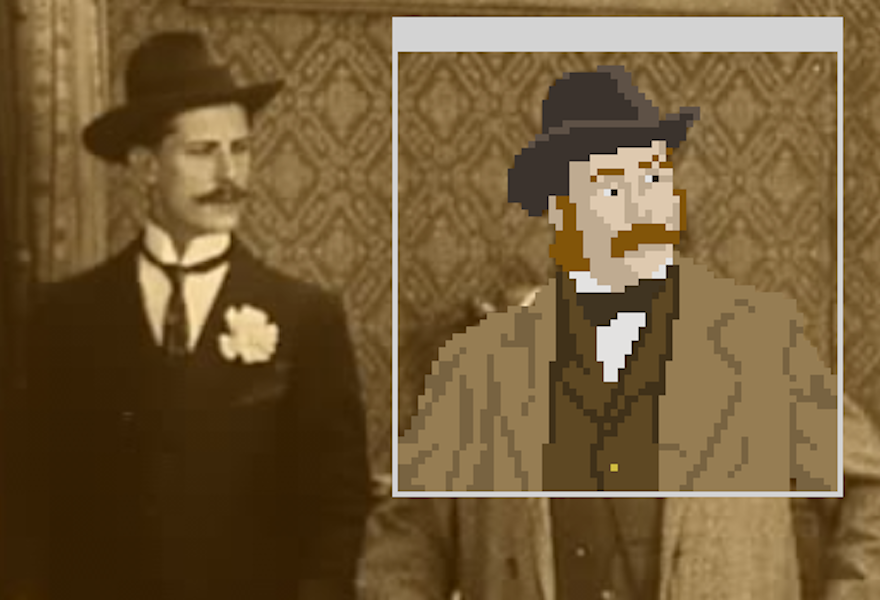 Before motion capture was a thing, there was rotoscoping. Sure, it’s wasn’t quite as entertaining as strapping middle-aged actors into black bodysuits studded with various balls and gizmos, but it was a versatile technique that’s been used in everything from Disney movies to the music video for “Yellow Submarine.”

Invented by Max Fleischer and put to use largely in his 1940s Superman serials, the technique involves filming live-action footage and then tracing over it to create animated characters with realistic movement. It was originally a bit of a painstaking process, with artists having to project live-action scenes onto a frozen glass panel through a device called a rotoscope—hence the name—and then redraw them, from scratch, by hand. But modern tools have made the technique easier and more available to the general public.

Eventually, this allowed it to catch on in videogames as well, as titles like Prince of Persia (1989) and Another World (1991) sought to use it to have players move about their worlds with the same weight and detail as an actual human being. Now, there’s Paint of Persia, a tool that allows everyone and anyone to experiment with rotoscoping in a way that’s as easy as using Microsoft Paint.

Developed by game developer dunin, Paint of Persia works by allowing users to upload still images or video footage, and then overlay animation panels on top of it, upon which they can trace pixel art. Users can then adjust scale, transparency, background color, animation footage, frame rates, and more—similar to professional animation programs like Adobe Flash or ToonBoom.

Additionally, they can also use the program to make still pixel art images. Dunin has even used the program himself to create a game called Anthropomorphic Subject, a match-3 game about trying to find the correct suspect in a police line-up. In the game, the player must follow the instructions of an unreliable old woman to combine various animal body parts to try to match her recollection of a thief. There’s an almost Papers, Please (2013) sensibility of mundane work and unreliable authoritarian control to it, all of which is possible through how the rotoscoping has allowed dunin to bring realistic animal body parts into a surreal anthropomorphized environment.

it allows one to bring real footage into the surreal

This points to the strengths of rotoscoping as a whole. While some have criticized it for skirting the uncanny valley—a term for the point in between the abstract and realistic that tends to frighten viewers—as well as for limiting the many possibilities of animation to the physics of the real world, when used effectively, the technique does not drag down animation so much as it allows one to bring real footage into the surreal.

Like how films such as Who Framed Roger Rabbit? (1988) or Cool World (1992) combine animation with live-action footage—which is also possible with Paint of Persia—rotoscoping allows one to transfer live-action movement into a world populated by whatever the animator’s mind can think of. Sure, they might be limited to the movements of an actor, but those movements can than be put into, say, a candy cane world, or a sci-fi drama, or a Dali -esque dreamscape. In the 1940s, when Fleischer was working, this was an especially cost-effective way to create impressive special effects without worrying about the practical necessities of live-action filming.

Paint of Persia is available for free over on dunin’s itch.io, where he has gone through the courtesy of using the program to recreate scenes from the original Prince of Persia on top of a live-action background. He has also rotoscoped scenes from 1913 French crime serial Fantômasto to demonstrate how the pixel art blends with live action. The program also makes for a strong introduction to the basics of animation, allowing new animators to learn using live-action footage rather than having to work from scratch. As someone who’s been interested in animation for a while, but who cannot draw with more sensibility than a 5th grader creating Sonic fan art, I know that I appreciate the ease with which it allows me to toy with, and maybe begin using, the art form.

You can learn more about Paint of Persia over on its itch.io page, and can follow dunin on Twitter.