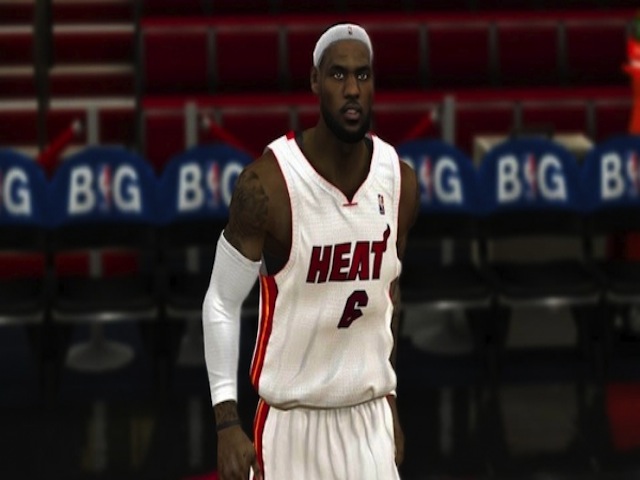 Basketball was supposed to have died by now.

That was the forecast by many sportswriters, fans, and talking heads, after LeBron James, on live television, took his talents to South Beach — dumping poor old Cleveland along the way.

Competitive balance of the league will be compromised, they said. It won’t be fair for the rest of the league, echoed others. Former NBA coach Jeff Van Gundy even famously predicted a 73-plus-win season.

Today, some 28 months after LeBron dumped Cleveland for Miami, the NBA is in arguably its best shape ever. Sure, the Heat has won a championship, but it didn’t come immediately, or easily, like critics had feared. They were beaten the first year, pushed and shoved until rising to the occasion this year.

The league’s TV ratings have reached record highs. Fans ate up last year’s star-studded Finals and are looking forward to a potential Heat/Lakers Finals this year — a matchup that would include 11 players who are, or were recently, perennial all-stars.

So no, LeBron James’s decision to form a superteam in Miami didn’t kill the NBA.

It killed the NBA video games.

The very first NBA video game I ever played was the exhaustively-titled Bulls vs Blazers and the NBA Playoffs, on the Super Nintendo. The year was 1992. From then on, over the next two decades, I went through NBA Showdown 94 and the NBA Live series on the SNES, NBA Shootout 97 on the Playstation, and, eventually, the NBA 2K series, first for the Sega Dreamcast, then the PS2, and now for the Xbox 360.

These games have gotten me in trouble. Early on, it was with the parents, for staying up overnight playing video games. Then, it was with the then-girlfriend, for canceling our date because “NBA 2K2 just came out”.

Today, the only game in town is the NBA 2K series, now in its 14th edition (NBA 2K13). This newest edition is, by all measures, the greatest basketball game ever made.

But for all the intricate animations, the myriad of game features, the Jay-Z soundtrack, NBA 2K13 can’t overcome one problem: competitive balance.

In the real NBA, teams with lesser talent can still compete with, and sometimes beat, the aforementioned superteams via chemistry, teamwork, and plain old hard work — real life attributes that will, perhaps, never be able to quantify in a video game. Such is not the case on the digital courts.

Whereas the Chicago Bulls, despite having only one all star for most of the past 28 months, were able to become a top team with hard-nosed defense and grit, the digital Bulls are simply overmatched anytime they play against a team with a cache of stars, like, say the Knicks.

To put it simply, stars in NBA video games are simply too powerful. One digital Kobe or LeBron is already virtually unstoppable on the court, now they’re going to have a bunch of highly rated teammates too?

Teams like the current Heat and Lakers are so powerful, so easy-to-use in video game form that an unwritten rule has developed among serious basketball gamers: Stay away from those teams unless you want to lose gamer cred.

Such a rule could be enforced amongst friends. But when playing online, it becomes a crapshoot.

One digital Kobe or LeBron is already virtually unstoppable on the court, now they’re going to have a bunch of highly rated teammates too?

Oh man, this guy’s going to go with the Lakers? Do I back out of this match and wait another three minutes for Xbox Live to find me a match or do I play, knowing it’s like playing golf with a handicap?

Until sports games developers figure out a way to integrate real life attributes such as hustle, teamwork, emotion, and clutchness — you know, all the “little things” that sports analysts can’t stop analyzing — this new era of NBA superteams have made playing NBA video games a frustrating experience.

And yes, I blame LeBron.