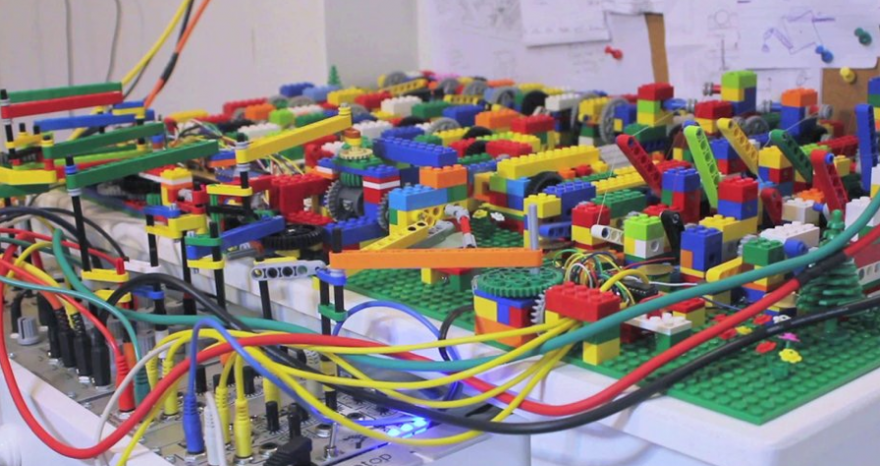 A musician has built from Lego an old-school analogue synthesizer that plays smooth and hypnotic Chicago acid house, totally one-upping both that Lego city I built when I was 7 and my unimpressive foray into DJing. Simply called Play House, the Goldberg-esque mechanical sculpture was assembled from the classic yellow, red, and green bricks, along with the strings and pulleys of a Lego Technic kit. Those little Lego flowers? Just embellishment.

Creator Alex Allmont says that this is not the result of extreme Lego fetishism, as we’ve seen with the boom of elaborate Lego creations since Minecraft. Instead, it allows onlookers to visualize the currents of the process underneath, something you don’t get with digital sound systems or even their analog counterparts. Those little blocks actually help us understand how technology works, which was kind of always the point.