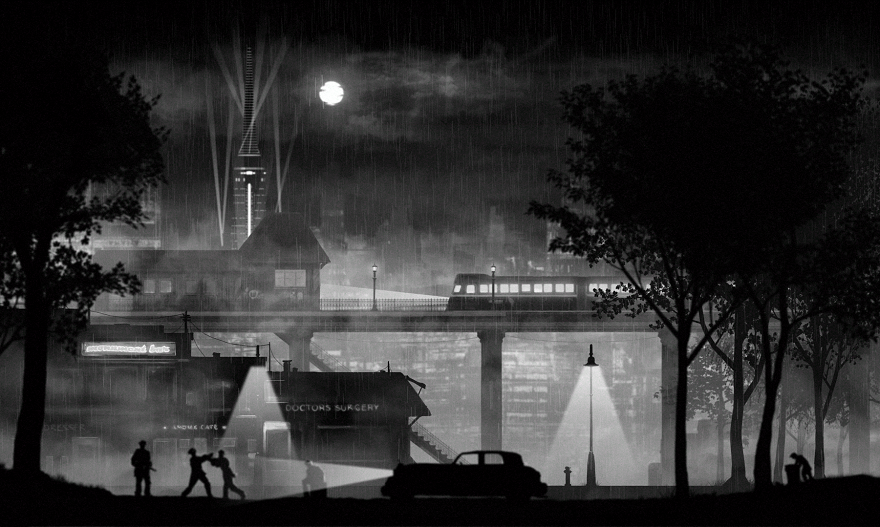 Renoir is a bleak, brooding puzzle-platformer from the recently formed Czech studio, Soulbound Games. No, the name is not a reference to the French impressionist painter, Pierre-Auguste Renoir, nor his lush, saturated style. Nor is it a reference to his son, Jean Renoir, whose film La Règle du jeu the British Film Institute considers to be the fourth best of all time, and whose film La Bête Humaine is a cornerstone of the film noir style, to which the game clearly owes a lot.

Instead, the developer tells me, it’s both the name of the game’s gritty detective protagonist and a play on words (re-noir). They hinted at a few more possible meanings, but said those will have to remain hidden for the time being. Soulbound Games plans on launching a Kickstarter for their project later in the spring, at which time there’ll be more information no doubt. Until then, feel free to soak in the foreboding cityscape and gravelly voice over of the game’s first trailer.