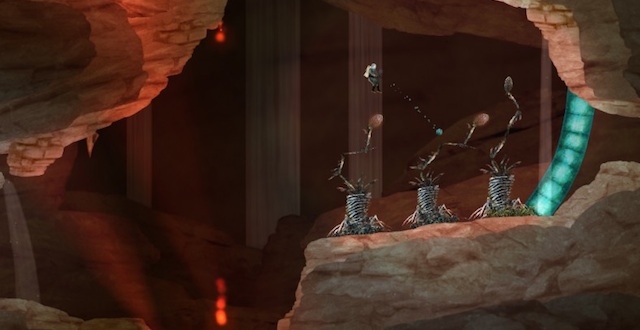 What’s worse than wanting desperately to finish some project, only to be held at a standstill by uncontrollable factors? I have a paper to write, a presentation to prepare;but my progress is based entirely on random whims of the outside world, like a sudden change in the weather. The feelings at that point can range from hopeless despair to smug self-righteousness. I delight because whatever happens, it’s not my fault. And yet I fret, because I’m completely unable to control my own fate.

It’s this that truly challenges my emotional health. I often stay up at night thinking through contingencies, planning ways to make up for the inadequacies of others, or the uncooperative nature of the systems I’m stuck in. With a flight scheduled the next day, I agonize over the possibility of cancellations, consider the possibility of my checked bag being lost, wonder if my friend will pick me up in time. I obsessively check the weather, text my friend, pack unnecessary things. I get very little sleep, I annoy my friend, and I inevitably forget to pack my toothbrush. There is no one to blame for these problems but myself.

Playing the science-fiction game Waking Mars, I found myself recounting these worrisome circumstances. In many ways, Waking Mars is about taking small steps to affect the world around you—and then taking a step back to let the system do its work, without second-guessing it too much. On a mission to recover a lost research device, Liang, the space explorer with an incredibly helpful jetpack, becomes stuck in the depths of a cavern after his base collapses. The game seems at first like any Metroid-style exploration game: the cavern opens up as new tools are acquired. Exploration leads to new tools, and new tools lead to more exploration. In this case, the tools aren’t weapons or utilities, but seeds that grow Martian lifeforms. They exist to be planted and left to carry out their singular tasks: distribute more seeds, prey on other lifeforms, or heal the player.

It’s easy to execute a plan, but incredibly difficult to stop after that plan is in motion.

Much of the play consists of simply experimenting with the plant life in an effort to raise biomass. When planted in fertile terrain, a small, unassuming green seed produces a Halid Zoa with healing properties that shoots more seeds into the environment. Feeding one of those seeds to a roving Phyta lifeform allows it to reproduce. Watering the plants with Hydron seeds causes them to grow. Each time you discover something, the game writes out an explanation in the Research menu. Its summaries of Martian plant and animal life are dry and extensive. Waking Mars is serious: an opportunity to become genuinely invested in discovering and studying the world. Unlike a Mass Effect codex—essentially a compendium of words that explain plot and character development with no real impact on the actual game mechanics—this research provides real insight into the way things work on Mars, and every word’s worth reading for its practical implications.

Growing plant ecosystems in Waking Mars feels seamless: it’s easy to execute a plan, but incredibly difficult to stop after that plan is in motion. After five minutes of diligently, methodically planting seeds that work together, I have to wait as life carries out its purpose. In order to move on to the next section of Mars, I must produce biomass either by growing new plants, or by having plants reproduce and aid one another.

I take the direct route, because I’m so impatient and untrusting, planting acidic, explosive plants that provide a lot of biomass upfront. The easy way out works: I have achieved Level 3 biomass. I celebrate with a victory lap around the cavern, watching in awe as the new plants interact. Unfortunately, I also watch as the explosive plant destroys everything around it. The once-promising experiment is a failure.

Because Waking Mars is an iPhone game, it comes with an expectation of constant active play—the ability to pull out the phone and start an immediately fulfilling game of Angry Birds or Doodle Jump. Waking Mars stubbornly resists that impulse—not in forcing you to slow down, but in rewarding you for careful, deliberate actions rather than desperate engagement. It may not be the distraction that the average iPhone player wants. But when you start playing while waiting anxiously in line, what better question can a game ask than “What’s the rush?”