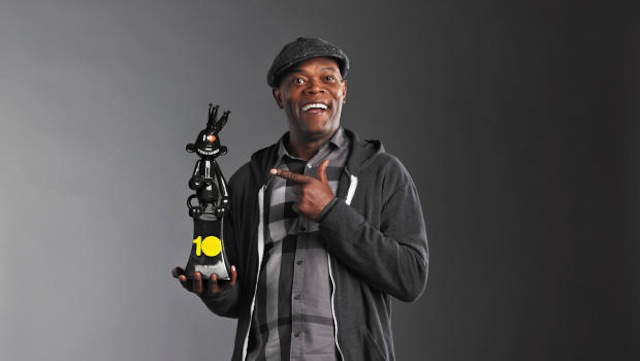 Here’s a nice thought to keep in mind next week, should the world plunge into Brueghelesque scenes of panic: at least you won’t have to suffer through another Video Game Awards. Vapid, grotesque, and abysmal, the VGAs, which aired Friday on Spike, are the only award ceremony that has the distinction of featuring exclusive game trailers andtrophies from Hot Topic (that, by the way, kinda look like Deadmau5).

My greatest concern with covering the 10th annual VGAs was simply how to make watching them bearable. I came up with the idea for this drinking game — I called it the Derp Game — where you’d bottoms-up whenever a derp-worthy joke was made. However, I soon realized if this year’s ceremony went anything like the last, when a “soldier” did teabag squats on the host’s mug right off the bat, we would all be shit-faced and under the table before a single award was given out. So, I just got drunk instead.

The drinking game would’ve stopped just south of an alcohol-induced coma, because the dimwitticisms of VGAs past were dialed back ever so slightly. I assume this was so host Samuel L. Jackson had room to sailor-mouth through a script of Pulp Fiction allusions, doing sad impressions of himself from his Jheri curl and chops-wearing glory days. Seriously, every other line was punctuated with a bad motha f-bomb. I now have this image of him doing the Jules shtick anywhere and everywhere he goes: around the house, at the bank drive-thru, the gym. His personal trainer may be sick of it.

In between Sam Jack’s baadasssss tele-prompts, you could get a whiff of a conscious, but misguided, effort to portray games as ‘culturally legit.’ Consider the decision to premiere a cockamamie trailer for a new game called Phantom Pain, by none other than Moby Dick Studios––yep, really––that absurdly referenced the Great American Novel with a cinematic of a soaring, flaming sperm whale, and a melodramatic scene where a man wakes on the surgery table to find his arm replaced by a cybernetic hook, hoisting it in agony. What’s next, The Adventures of Huckleberry Finn: Zombies?

The strange dissonance between gamer culture and, well, culture reached its bizarre height during an orchestral performance, which doubtlessly had all involved questioning their artistic merits. This being the VGAs, the conductor was swinging his baton, and the chamber orchestra, strumming, drumming, and fiddling, while a montage of blockbuster games rolled on the big screen. Believe me when I say it, if you die without ever hearing a professional string section alongside the sound of zombies munching on a dude from The Walking Dead, you did someone a solid in a past life.

Not surprisingly, the biggest round of applause of the evening went to the actress Jessica Alba, who, aside from members of the orchestra, was one of the few women on set. A channel-hopper who landed on Spike TV at this point would’ve suspected she was addressing a group of love-strapped troops in ’Nam, but I suppose 180-hour Call of Duty tours will also do that to a man.

A channel-hopper who landed on Spike TV at this point would’ve suspected Alba was addressing a group of love-strapped troops in ’Nam.

From there, the night pushed into heretofore undiscovered frontiers of suck. Between Master Chief hamming it up with a mini-Sam L., and Linkin Park, the mood for Best Indie was basically shot, and this was an award I almost cared about. It was around this time I realized the show didn’t end at 10, as I had originally hoped, but stretched on into the next time slot, and no amount of Coors Light nor Bioshock Infinite footage could reverse that downer.

My last hope for entertainment lied with Snoop Lion, the doggfather of bow-wow who’s now doing a reggae thing. I was confident he’d deliver, but it turned out to be a bust. Dude didn’t even rap. He was so stoned that walking out on stage seemed an ordeal for him, and he confirmed his mental state when he took off his Bootsy Collins shades, revealing his eyes were in fact the width of coin slots.

Look, when Snoop and Samuel L. can’t save your production, you’re in trouble. It’s time Spike poneyed up the money for a real pro: Billy Crystal.