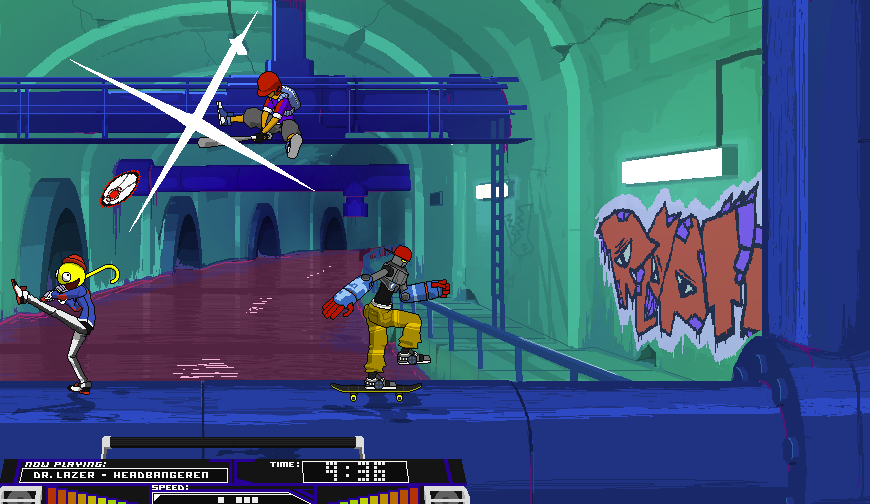 A bullet point for Lethal League is “no weak shit,” and that’s the truth. The still shots aren’t much to look at, but the announcement trailer for this alt-sports game from Reptile Games is sizzling. It’s a solid minute of two characters slinging a ball or puck or other dangerous round thing at each other as hard as humanly possible. One of these characters is a robot in breakdancing pants on a skateboard.

The game in motion looks like little else, a cross between dodgeball and Guilty Gears with a dash of Smash Bros., with plenty of powerful moves to charge-up and a lightening quick tempo. It looks to be another great local multiplayer game in the same phylum of BaraBariBall and Hokra, so it should be a blast to play with a crowd.