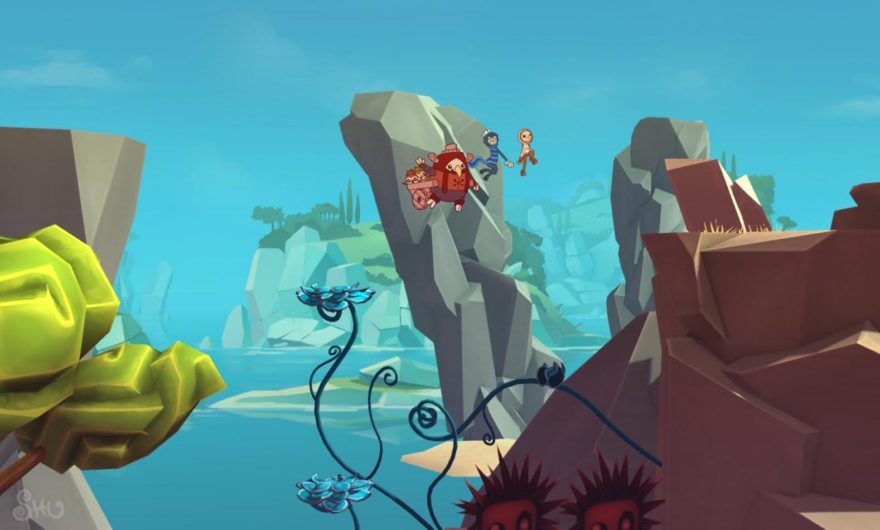 Some may say that the platform genre is oversaturated, but then the hand-drawn art and hand-holding playfulness of Shu comes along to throw that argument into the trash. It’s due out for PlayStation 4 on October 4th with a PlayStation Vita version arriving before the end of the year too. So keep your faith in the platformer until then, yeah?

The game follows the story of Shu, who you’ll guide through towns to save villagers, trying your best to outrun the apocalyptic storm trying to consume the whole world around you. As you run across the screen, you grab the hands of the villagers creating a conga line, each of them granting you new abilities required to outpace the storm.

After a long silence, and having missed its original 2015 release date, creators Coatsink Software decided to finally speak up about where Shu is currently at. As designer Jonathon Wilson revealed, it turns out that Shu has changed since the team last said anything about it.


Coatsink realized near their designated 2015 release date that the game they had wasn’t the one they wanted to deliver. So they returned to the drawing board, overhauling multiple aspects of Shu, including the storm’s design and appearance, the level structures, the villagers’ special abilities, and more. The team also added two new features: time trials and leaderboards. These allow for a game that encourages competition among friends to achieve either the fastest time or the highest score, making it a game more about speedrunning, if that’s your kinda thing.

One of the big features the studio decided to cut was the loss of a special ability if one of your villagers gets eaten by the storm. The reason for this, according to Wilson, was that “it created a whole host of problems.” Meaning those who lost their villagers along the way would have to experience a “duller route than those who managed to keep all of the villagers alive.” The idea now is that everyone will be able to enjoy a lively route regardless of their ability.

Shu releases on October 4th for PS4, priced at $11.99, with cross-buy meaning you won’t have to pay extra for the PS Vita version.