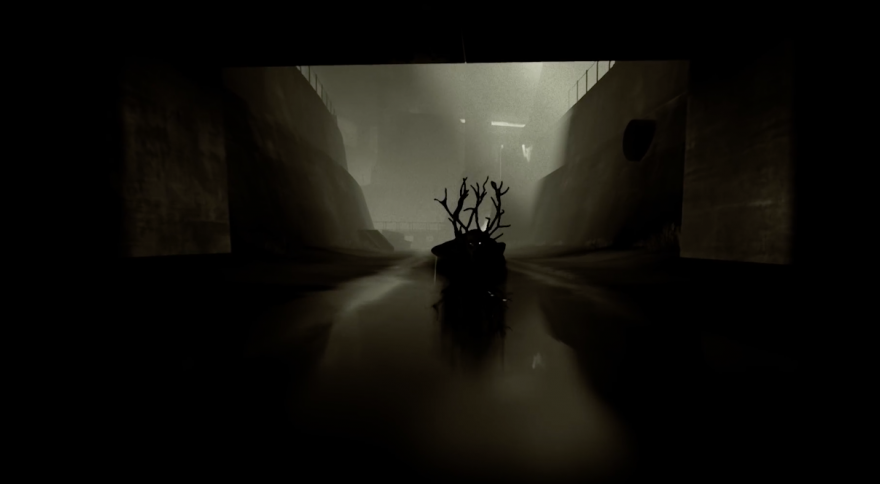 What happens when you combine nightmares, beards, the claustrophobia of VR, and leaving behind AAA development? Apparently, surreal horror games are born. Here They Lie, announced during E3 last week, is a new title for both PlayStation 4 and PlayStation VR, developed by Tangentlemen Studios. The new studio is made up of other industry veterans, some former Call of Duty and Medal of Honor developers, as well as co-creative directors and lead designers Cory Davis (creative director and lead designer for 2012’s Spec Ops: The Line) and Toby Gard (designer of the original 1996 Tomb Raider and the iconic character of Lara Croft).


In an endearingly odd PlayStation Blog post announcing the game and its teaser trailer, Davis described the “conversation” that sparked the inspiration for the eerie Here They Lie. “As we talked, a dark cloud filled the room,” he writes. “I felt like I was sinking… from there it was just flashes.” Then he describes scenes of chopping and blood, himself as Jack from The Shining (1980) while his colleague Gard played Wendy, Jack’s terrified wife. So, yeah, rather than stoically detailing the game and its teaser, Davis took a more intriguing, dreamlike-approach to describing what inspired him and his team to formulate the project.

Here They Lie just sticks to what makes the player uncomfortable

All that aside, in clearer terms, Here They Lie is a psychological horror game that looks like little else. Gone are the jump scares of Outlast (2013) and its impending sequel. Absent is the “horror” that’s supposed to emit from the haunted house in Resident Evil VII: Biohazard’s lackluster, wannabe-P.T. demo. Here They Lie just sticks to what makes the player uncomfortable, resembling the makeup of actual nightmares.

“Unimaginable horrors lurk around every corner, just out of sight, haunting and infecting your mind,” writes Davis on the aforementioned blog. Here They Lie begs the player to feel a looming sense of dread from the off-kilter game and its world’s malevolent inhabitants, rather than relying on unabashed, cheap scares. It’ll probably be hellish to experience in VR, but if our own nightmares are anything to go by, it’ll be possible to withstand. It’ll just take a helluva a lot of courage to do so.

Experience the surreal horrors of Here They Lie when it’s out for PS4 and PSVR in Fall 2016.