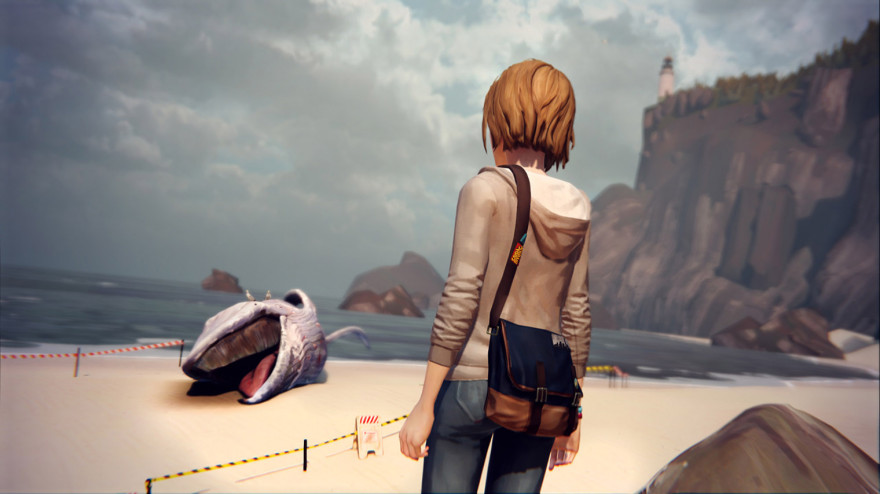 The opening scene of the latest episode of Life is Strange neatly encapsulates the feel of the game (thus far) as a whole. After Episode Three’s audacious twist, the game presses pause and allows the player a quiet walk along the beach that turns into a rare moment of intimacy with a friend. The time travel mechanics, the upcoming apocalypse, and the overarching mystery of Rachel Amber’s disappearance are all left to the side; there is only the abiding friendship of two young women who fall asleep together while watching Blade Runner. There is only the tender heartbreak of this other Chloe’s request at the end of the scene. Yes, the moment is as brief as possible and seemingly contrived for the sake of a daring cliffhanger at the end of the previous episode. But at the same time, it successfully bears its emotional weight by relying on small instances of affection: the spurning of cliché pity for an accident, a cup of water, a request for morphine. This is Life is Strange in miniature: despite its awkward dialogue or its regular concessions to convention, it’s got heart.

this is Life is Strange in miniature

While its résumé is still fairly short, Dontnod Entertainment has shown itself to have a remarkably focused interest: both of its games (2013’s ambitious-yet-flawed Remember Me and Life is Strange) take as their central concern questions of identity. Remember Me’s memory mechanics were a singular experiment with how our past forms our identities, while its own detective story was centered around the player’s discovery of their protagonist’s misremembered past. But with Life is Strange the French developer has pared down the scope of its examination to late adolescence, that terrifying point where we begin to set our own identity; the time travel mechanic then functions as the secret dream of the part of us that asks “What if I could have done things differently, when I was younger? How would I be different?”

In that vein, the most interesting choices in the videogame thus far are not the ones that serve the plot, but the ones that help to define who Max is: the quiet, still moments where she kisses Chloe or accepts Warren’s invitation to a movie; the moment where you mock or comfort Victoria; the moment where you learn about a friend, and care enough about her to answer an inconvenient call. These little choices all feed into the picture of who Max is—perhaps gay, perhaps straight, maybe kind or maybe less so. It’s no coincidence that one of the many darling indie songs in Episode Four is the nervous self-examination that is Amanda Palmer’s “In My Mind:” “I am not exactly the person I thought that I’d be.” And the cliffhanger at the end of Episode Four plays neatly into this concern: like Shakespeare’s Iago, some characters are not what they are. 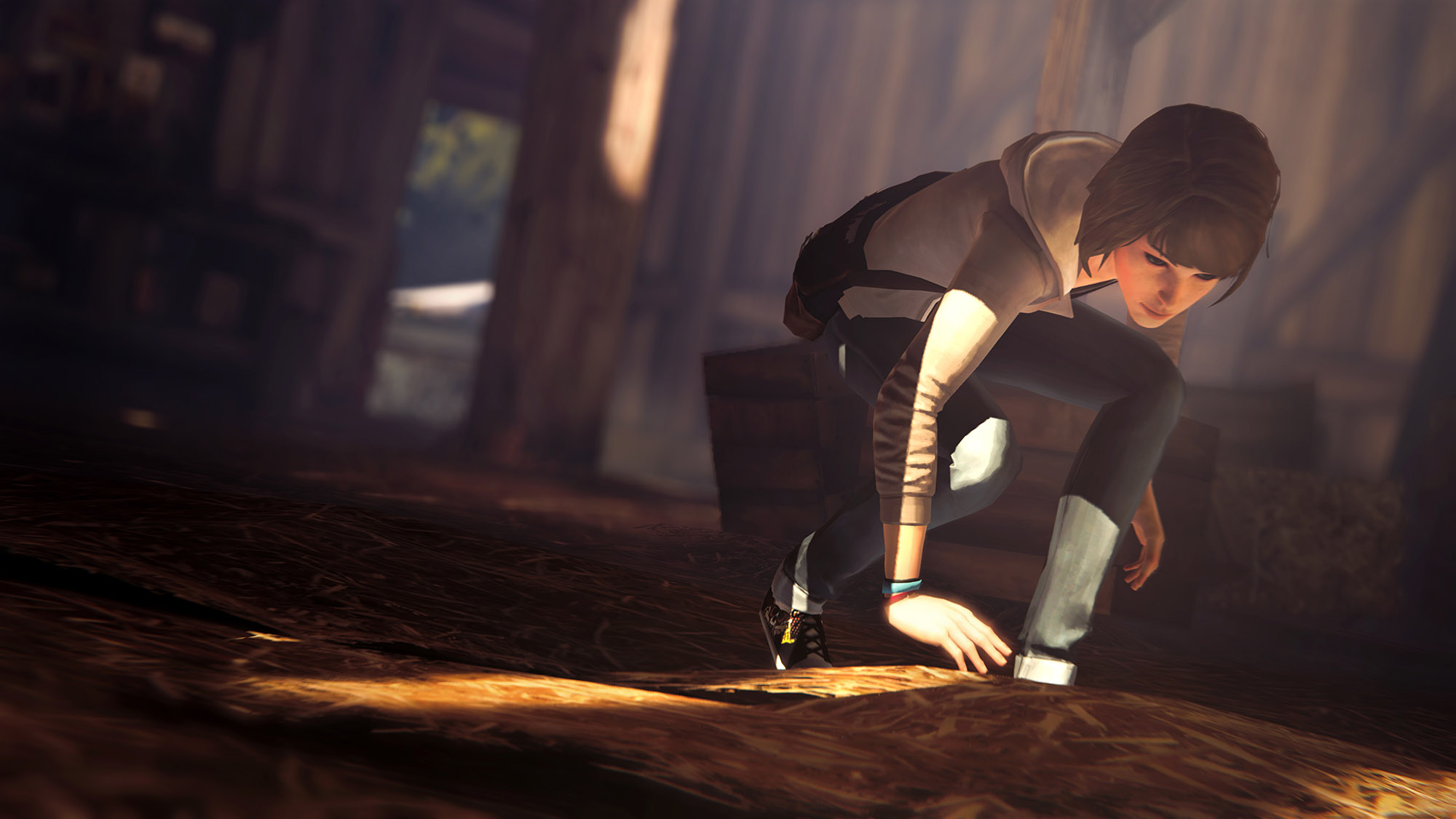 But Episode Four is where the space for these kinds of choices begin to disappear. There is no time to reflect, only time to react: the confines of a mystery narrative have begun to encroach on Arcadia, and we still need to discover what happened to Rachel and save the town from a catastrophe. There is a plot that needs resolving, now that the characters have been built up. But the aesthetic of intimacy and the necessity of the medium have always been the two extremes that Life is Strange tries to navigate. Often, it has tried to resolve this conflux by marrying gameplay to its particular brand of sentiment, as in the first scene of Episode Four where your tasks include simply bringing a cup of water to a friend. But by the middle of the episode, you’re coordinating license plate numbers and a drug dealer’s black book to try and deduce where the villain might have his lair, or figuring out how to lever open a trapdoor.

What if I could have done things differently, when I was younger? How would I be different?

In essence, the game risks falling down from the height it has set itself upon and merely riding the rails of a conventional mystery, leaping from cliffhanger to cliffhanger only to plummet when there are no cliffs left. A parallel to this problem can be drawn with Life is Strange’s branching narratives, where the consequences of different choices ultimately have to be reconciled with a cohesive story while nevertheless remaining distinct enough to be meaningful—but Dontnod has managed to have its cake and eat it too by giving many of these choices emotional, and not narrative, ends: the player’s interaction with Chloe after the opening scene references offhandedly whether or not you kissed her in a previous episode, just as the tenor of your conversation with Victoria is determined by how you treated her in the past. Your decisions affect how others see you and react to you, and not merely the next narrative beat. Whether the videogame will similarly be able to juggle the needs of its emotional core and its medium remains to be seen; its failure is still a distinct possibility.

But this is the line Life is Strange has walked since Episode One, and, fortunately, these recurring concerns prove unwarranted for the game’s penultimate episode. Episode Three’s twist is made meaningful by a characteristically languid and intimate aside. The latest installment maintains its emotionally fraught momentum as narrative threads are neatly wrapped up and our sense of sympathy is plucked like a guitar. The conventional detective work leads to, at first, an eerie discomfort, and then to simple heartbreak. Of course there is a cliffhanger – but not the one that anyone would have expected, even though, as with the twist at the end of Episode Three, the hints had been there all along. In this regard, Life is Strange is an admirably constructed game: its moments of foreshadowing are reminiscent of those in Vladimir Nabokov’s Lolita, where the name of Humbert’s victim has been subtly forecasted from the novel’s beginning – though to go into detail would be telling. 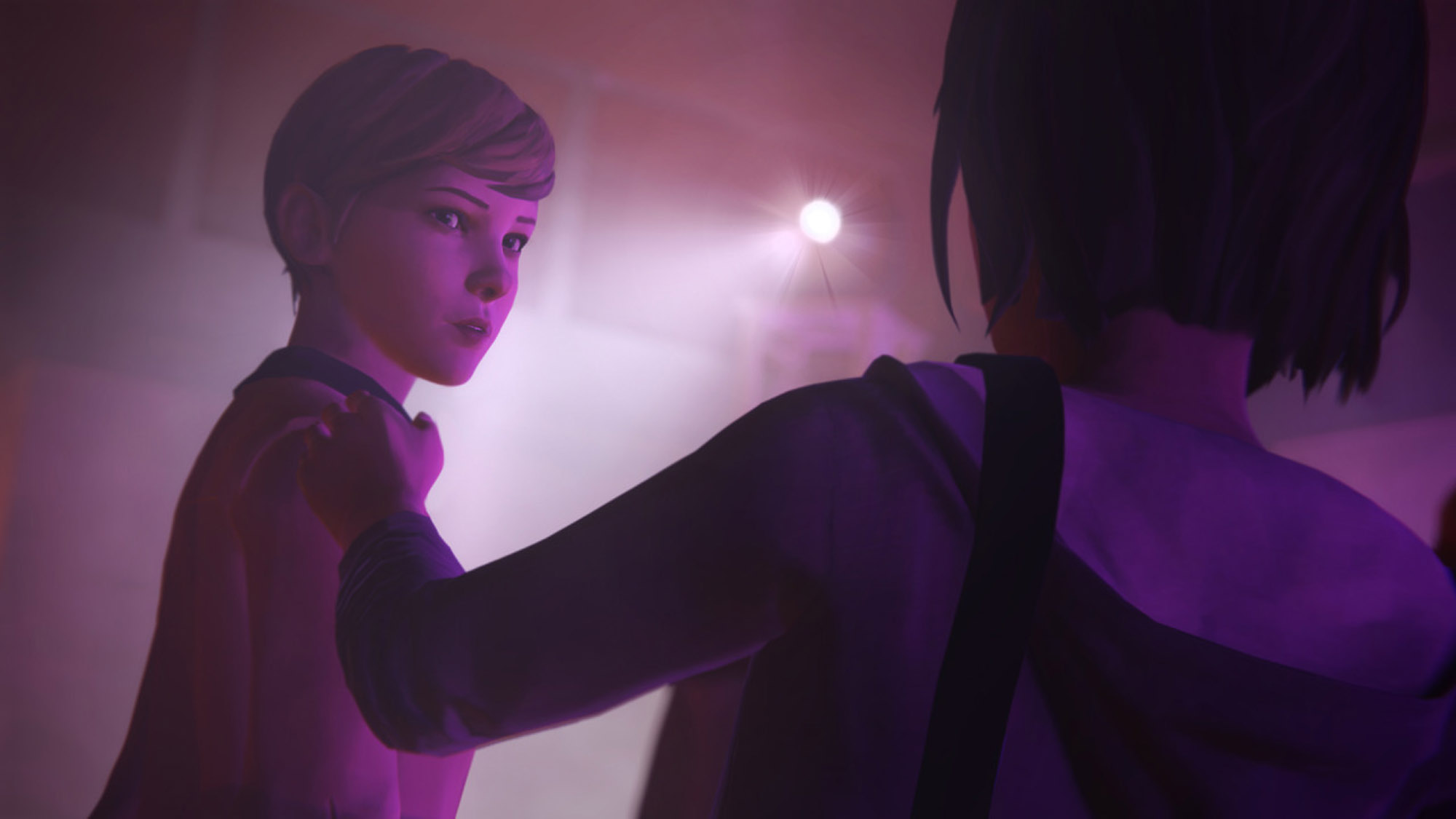 But there is one more episode left and the town of Arcadia Bay has yet to be saved. There is still time for Max’s story to be subsumed by melodrama, for the game to simply spend the emotional currency it has worked hard to gather on a cliffhanger for the sake of having a cliffhanger. Come October shall we look back and wonder where this potential went? Perhaps we shall ask ourselves what could have been done differently.

Or, perhaps, Life is Strange will navigate these concerns, becoming the game we hoped it would be.