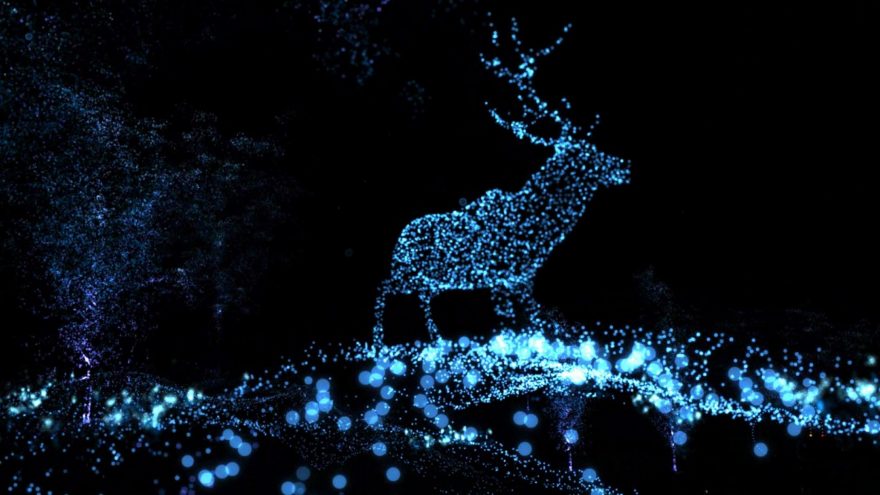 We’ve had our eyes on Broken Fence Games’s A Light in Chorus for a while now. It’s hard not to look at this game, because it’s absolutely stunning. Its world is composed of glowing dots, like a starfield held in tremulous pointillism. So far that visual allure has made for gorgeous screenshots and GIFs, but the meat of A Light in Chorus—that is, how do you interact with this world?—has remained pleasantly elusive.

I’m not asking “how you play it;” I’m not hoping to, like, max out my light-viewing skill tree or anything (please, no!). Our own Jess Joho did impressive work last year teasing out the implications of the game’s then-ephemeral systems, but I’m here with an easier job: to tell you, reader, that yes, A Light in Chorus does now have a story.

Your mission in A Light in Chorus is to reconstruct Earth as it was before it was engulfed by oceans. To that end you have a magic (maybe? maybe!) record player capable of, per the designers, “transforming the world around you into a musical light show, at the press of a button.”

an allusion to the golden records sent into space

In other words, it turns future-Earth from a submerged voidscape into that beautiful accretion of celestial light. This debatably magical record player is an allusion to the golden records sent into space aboard the Voyager probes in 1977, which contained all sorts of information on humanity. Sort of like a time capsule, if you were also sort of hoping your time capsule could contact alien civilizations to get your entire species out of this mess.

Broken Fence sound pretty galvanized by this new focus, saying “it has transformed so much of the way we’re now designing things.” With a grant from the UK Games Fund freshly in hand and a promise of “more good news” at the start of August, we can assume A Light in Chorus will soon be making its final descent into the atmosphere we like to call “retail release.”

Below are more GIFs that you are now obliged to stare at in awe. Find out more about A Light in Chorus on its website.