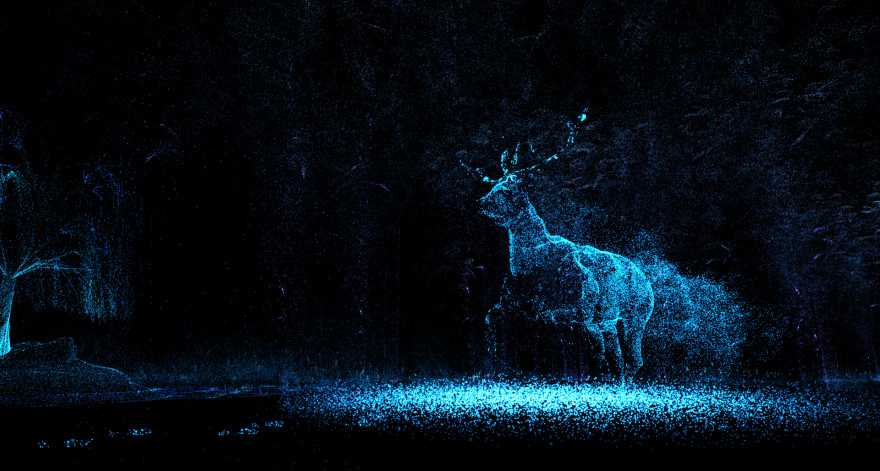 “The most beautiful thing we can experience is the mysterious. It is the source of all true art and all science. He to whom this emotion is a stranger, who can no longer pause to wonder and stand rapt in awe, is as good as dead: his eyes are closed.”
? Albert Einstein

Over a year ago, after a brief flare in which the celestial navigation/puzzle game A Light in Chorus shot through our night sky, the project seemed to go all but dark for a while (except for a small teaser). Finally, A Light in Chorus has returned, appearing on Steam Greenlight like a new star born from the nuclear fusion of atoms from light elements. A beacon in the abyss—okay, okay! I’ll stop with the deep space metaphors and just get on with telling you how awesome this game looks.

A Light in Chorus invites players to interact with a ghost world through the manipulation of dynamic light particles. The tiny illuminations not only tell the story of this dead world, but also reveal two separate realities that run simultaneously alongside each other. Last February, creator Eliott Johnson told Eurogamer that one of the most exciting features is how “objects in the game exist in a multitude of states, and that the boundaries of what we might consider ‘objects’ become indefinite and flexible.”

Johnson goes on to explain that this flexibility in the particles encourages a play that “revolves around points being reorganized and reconstructed into different objects (this would be the thinky/puzzly side of things). Likewise narratively, we’re interested in how this enables us to tell multiple overlapping stories, as opposed to a single grand narrative that you uncover incrementally.”

form new paths through a series of overlapped worlds

The premise of the game might sound confusing. Until you take one glance at A Light in Chorus‘ ephemeral landscape, which combines space, light, and sound to create a journey of wonder and visual discovery. On the Steam Greenlight page, the creators say the player must “solidify and evaporate space to form new paths through a series of overlapped worlds.”

The superimposed worlds and stories of A Light in Chorus have foundations in artistic and scientific concepts regarding atomic matter and reality. Artists have always been fascinated by dual or alternate realities coinciding alongside each other, like in the romantic poet William Blake’s colliding narratives in the two-part epic Milton. Melding the divisions between the living and the dead, human consciousness and projections onto the external world, himself and his spiritual predecessor (John Milton), Blake creates a ghost world where each word serves as a small (and often dual) illumination.

On the scientific side, the flexibility of particles (that can exist in two places at once and/or as two different things at the same time) is arguably one of quantum mechanics’ signature calling cards. The double-slit experiment, for example, is “a phenomenon which is impossible to explain in any classical way,” demonstrating the bizarrely dual patterns of atomic particles. Their duality not only challenges ordinary quantum field theory, but also hints at the enormous impact of an observer on determining how the particle behave. It’s the kind of conundrum that lead theorists to turn to string theory for an explanation. And it’s the kind of conundrum I imagine A Light in Chorus will explore through its interactive play with tiny light particles.

each word serves as a small (and often dual) illumination

But, seeing as the game only recently re-emerged from the abyss, these are still strictly speculation. The creators have confirmed the ability to change from first to third person perspective, however, emphasizing the dynamic nature of the game’s exploration. One thing is certain. A Light in Chorus dazzled everyone who get their hands on a demo, and reveals an unfolding, magical world where your imagination corresponds to the movement of thousands of multicolored fireflies.

Be sure to vote for the game on Greenlight. A release is slated for the third quarter of 2016. You can follow it’s progress both through Twitter and the official website. 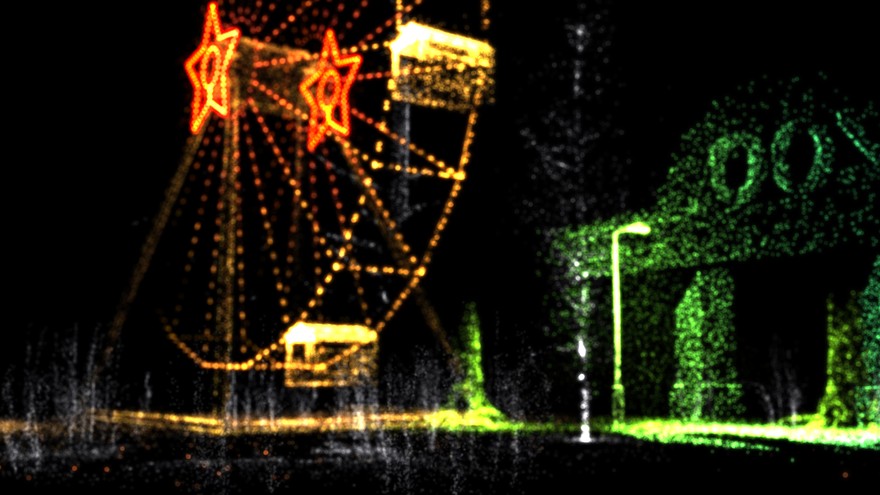